Risk stratification of patients with an acute coronary syndrome (ACS) starts on presentation and is a continuous process to predict those who are at high risk for further ischemic events or adverse outcomes. Among patients with non-ST-elevation myocardial infarction (NSTEMI), risk stratification begins with initial assessment to detect patients at immediate high risk. Subsequent evaluation is aimed at identifying patients who will benefit from an early invasive strategy, and, finally, at predicting which patients are at increased risk after discharge. The value of risk stratification is apparent, since a substantial portion of these patients are at low risk for cardiac events and may be considered for treatment as outpatients with significant cost savings, and higher risk patients can be managed effectively with aggressive medical and interventional therapy, resulting in lower event rates and costs.

There is an impressive accumulation of experimental and epidemiological evidence that places inflammatory processes at the centre of vascular thrombosis. Specifically, we know that there are now well characterised inflammatory participants that lead to the influx of inflammatory cells within the atherosclerotic plaque, lead to the generation of oxidative species that do further injury to the vessel wall, and can ultimately render a specific plaque vulnerable to rupture, often leading to the rapid formation of an inter-coronary thrombus.

It is likely that we can use biomarkers of those inflammatory processes in patients with ACS, and possibly patients at risk of ACS, to identify the person who has a smouldering inflammatory lesion within one of their coronary arteries and is therefore at higher risk.

When considering inflammatory markers, it is important to try and discriminate between these two phenomenon: one is a reflection of the patient's baseline underlying risk—a smouldering inflammation within the arterial walls concentrated in some specific areas (a vulnerable plaque), and then the inflammatory response to the ACS itself, which may also reflect at least the short-term risk for complications.

When a patient comes in with a negative troponin, and we are considering the role of role of C-reactive protein, both these two elements of inflammation have to be considered. The timing of when the patient presents is important. Ideally, if it was possible to measure C-reactive protein (CRP) a week before the patient came in, when their vulnerable plaque was worsening or intensifying in its inflammation but there was as yet no injury to the patient's heart, that would reflect the underlying process. At the other end, once the patient has been in hospital for several days with the myocardial infarction, the rise in CRP is at least in part related to the inflammatory response to the infarction. When measured during this period, the epidemiological evidence for a link between C-reactive protein and outcomes is more mixed—it appears to be tied to mortality risk.

Then there is a later phase, which starts after about a month, when CRP can be measured again, and is again more likely to capture the underlying inflammatory state, rather than the acute phase response to myocardial infarction.

The bottom line here is that the use of inflammatory markers in patients with ACS is dependent on the timing of measurement, with slightly different information available at different times. CRP is useful as a prognostic marker. When used as a diagnostic marker, it does not have sufficient specificity. What we can be sure of is that when a patient comes in with a clinical syndrome that is consistent with an ACS, and their first troponin is negative, CRP can identify patients with ACS who are at significantly higher risk of mortality than patients who have both troponin and CRP negative.

It has been reported that there is correlation between CRP at presentation and mortality through two years, so it provides both short and long-term prognostic information.

The current challenge is that although we can identify that patient at higher risk, which is useful in triage, what we do not have yet is the knowledge that if a CRP is positive in the emergency room and troponin is negative, whether there is a specific medical strategy that should be used.

We have multiple tools that we know provide specific and great benefit in patients with positive troponin, but we do not have that answer for CRP yet.

What the clinician can do now is integrate the information for their overall assessment of risk for the patient as regards to levels of triage and the general intensity of care. However, it is not possible to translate that positive CRP into a specific therapeutic action. This is the most important area of continued research. The situation is a little bit different when we measure CRP a month after the ACS. We have observational evidence from multiple studies that treatment with statin therapy lowers the levels of CRP by 15% or more, but also reduces the risk associated with elevated C-reactor protein. It has also been found that when comparing levels of statin therapies—intensive versus less intensive therapy—those patients who achieve the lowest levels of CRP obtained a greater benefit from statin therapy. Patients allocated intensive treatment—a higher dose statin regimen—were more likely to have lower levels of CRP when they were seen in follow-up. This indicated there may be a specific therapeutic response for patients whose CRP is measured later on.

The question that we all have to pose is whether we are going to need more than one marker of inflammation. It does appear that CRP and MPO, just an example, do give independent information. Their correlation is modest, although they certainly are related. Many patients will have elevation of one but not the other, and so it does appear that they can offer some additional information. As yet it is not defined how much they add to each other and exactly how they coexist, and that is an area of intense research.

Troponin is still the marker of choice, both for association with risk and for targeting specific therapies. The additive value of the two markers is important in both troponin negative and troponin positive patients. If CRP is elevated, patients are at significantly higher risk of short and long-term mortality.We still need to learn precisely how to translate this into a therapeutic response, but at minimum it is useful for triage and deciding levels of intensity of care.

There will be populations in which CRP measurements are most beneficial. Those with unstable angina will not have elevated troponin, and markers of inflammation like CRP are most likely to pick up a high risk patient who would not have been detected otherwise. It has also been reported that women in particular present less frequently with elevated biomarkers of necrosis than men, and that more often they have elevation of novel markers like C-reactive protein and B-type naturetic peptide.

Measurement of CRP during the course of the initial hospitalisation for ACS is independently associated with the risk, in particular of mortality, as well as heart failure, and there are now multiple studies that show when it is measured later remotely after the acute phase response has resolved that CRP is related to the risk of death and recurrent myocardial infarction. Specific treatments to modify that risk when it is measured early on are still being investigated. However, there is evidence that statins can modify the risk of elevated CRP, when the patient is seen remotely after an ACS. 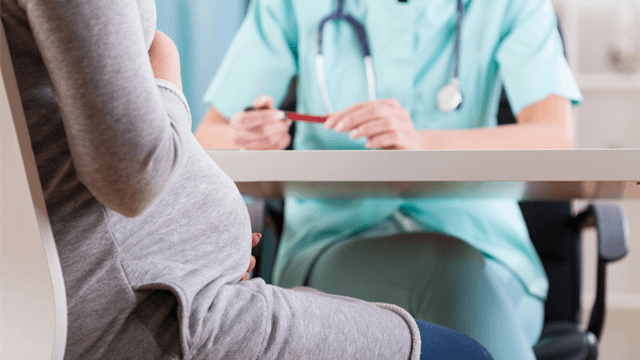