The History of Product Label Changes for DEFINITY® in the US

DEFINITY® (Perflutren Lipid Microsphere Injectable Suspension, Lantheus Medical Imaging, North Billerica, MA) was approved by the US Food and Drug Administration in 2001 for “opacification of the left ventricular border in patients with technically difficult echocardiograms”. Since then, product labeling has been substantially revised on three occasions, initially due to safety concerns, and more recently to reflect a large body of literature which supports the excellent risk–benefit profile of this agent. This article describes in detail the substantive modifications of the product labeling for DEFINITY since 2001, and the associated supportive scientific data and public regulatory meetings.

DEFINITY® (Perflutren Lipid Microsphere Injectable Suspension, Lantheus Medical Imaging, North Billerica, MA) received approval for clinical use by the US Food and Drug Administration (FDA) in 2001 for “opacification of the left ventricular cavity and enhancement of left ventricular border delineation in patients with technically difficult echocardiograms.”1 By 2007, it was estimated that two million doses of DEFINITY had been administered worldwide.2 In October 2007, the FDA announced new product label restrictions for ultrasound contrast agents (UCAs)—including DEFINITY and Optison™ (Perflutren Protein Type A Microspheres Injectable Suspension, GE Healthcare, Amersham, Buckinghamshire, UK)—based on spontaneous reports of ~190 “serious cardiopulmonary reactions” and four deaths temporally associated with UCA administration.2,3 Since then, multiple studies have assessed UCA safety,4–15 the FDA has convened two advisory panels to re-evaluate the risk–benefit profile of UCAs,16,17 and product labeling has been revised again on two separate occasions.18,19 This article focuses on the substantive product label changes for DEFINITY since approval, and the associated supportive scientific data, public regulatory meetings, and advocacy activities that occurred contemporaneously.

On July 31, 2001, the FDA approved DEFINITY for “use in patients with suboptimal echocardiograms to opacify the left ventricular chamber and to improve delineation of the left ventricular endocardial border.”1 DEFINITY was the second ‘second-generation’ fluorocarbon-based UCA approved for use in the US. Optison had been approved in 1997. These ‘microbubble’ UCAs consist of an outer shell (albumin for Optison and phospholipid for DEFINITY) that surrounds a fluorocarbon gas. Following intravenous injection, UCAs traverse the pulmonary microcirculation because of their small size, and act as true red blood cell tracers.20 UCAs are extremely effective at scattering ultrasound, and markedly improve delineation of the blood pool and left ventricular endocardial border. UCAs filled a previously unmet clinical need: at least 10–15 % of echocardiograms in the US are ‘technically difficult,’ usually because of patient-related factors, including lung disease and obesity.21 Such examinations are usually salvaged with the administration of a UCA. This prevents downstream testing, lowers healthcare costs, and results in more timely and accurate diagnoses.22

DEFINITY was contraindicated at product approval in two patient subsets: those with known hypersensitivity to octafluoropropane (perflutren, the constituent gas within the DEFINITY microbubble), and those with known cardiac shunts. Additionally, product labeling specifically contraindicated intra-arterial injection and use in patients with prior hypersensitivity reactions to perflutren. The contraindication in patients with shunts and the prohibition of intra-arterial injection are related to a theoretical concern regarding the potential for systemic embolization. Although the diameter of a DEFINITY microbubble ranges from 1.1 μm to 3.3 μm, about 2 % of these microbubbles are >10 μm, with a maximum diameter of 20 μm.1 Although, under normal conditions, this small subset of microbubbles >10 μm are filtered by the pulmonary microvasculature, larger microbubbles could access the systemic circulation in patients with intracardiac shunts (or following direct intra-arterial injection) and presumably obstruct capillary beds. Initial product approval also warned against DEFINITY use in patients with chronic pulmonary vascular disorders, such as severe emphysema or pulmonary vasculitis, because of similar concerns regarding the potential for pulmonary microvascular occlusion in patients with pre-existing “compromised pulmonary vascular beds.”1 Initial labeling also noted that the safety of DEFINITY was not established in mechanically ventilated patients, or in patients with high-mechanical index (>0.8) or end-systolic triggered imaging.1

On October 10, 2007, the FDA issued new product labeling for DEFINITY, which included:

This product label change followed spontaneous reports of ~190 “serious cardiopulmonary reactions” and four deaths that had occurred in close temporal course to UCA administration, albeit without definitive evidence for a causal relationship.2

The revised product labeling also noted that “the safety and efficacy of DEFINITY with exercise stress or pharmacologic stress testing have not been established,” and warned of the potential for “anaphylactoid reactions.”3 These reactions may be secondary to a recently described variant of the Type 1 hypersensitivity reaction known as complement activation related pseudo allergy (CARPA) reaction.23 CARPA reactions may occur following the administration of radiocontrast media, non-steroidal anti-inflammatory drugs, liposomal agents, micellar solvents, and UCAs. They differ from immunoglobulin E-medicated Type 1 reactions in that no prior exposure is necessary, reaction is milder or absent upon repetitive exposure, and spontaneous resolution without medical intervention may occur.23

In the months following this product label revision, the use of DEFINITY plummeted nationwide, with many echocardiography laboratories ceasing ultrasound contrast use altogether because of both medical and medicolegal considerations.2,24 By 2008, it was estimated that UCAs were used in only 0.4 % of total echocardiograms and 3.2 % of stress echocardiograms (although neither Optison nor DEFINITY had received explicit approval for a stress-echocardiography indication), with both percentages significantly lower in comparison with 2007 and previous years (Arlington Medical Resources Imaging Market Guide [US edition], unpublished data 2005–2008).

However, many healthcare providers were critical of the boxed warning, disease-state contraindications, and mandated 30-minute monitoring period. Critics cited the anecdotal nature of the spontaneous post-marketing safety reports, the high likelihood that a majority of these serious adverse events mentioned by the FDA were actually the result of ‘pseudocomplication’ (an adverse event caused by progression of underlying disease, and not by any diagnostic or therapeutic intervention), and the greater potential risks associated with alternative diagnostic testing such as transesophageal echocardiography or radionuclide scintigraphy.2,25–28

Beginning in early 2008, a number of investigator-initiated studies of UCA safety emerged4–15 (see Table 1). These studies evaluated the safety profile of UCAs in a wide variety of clinical situations, including stable outpatients, hospitalized patients, and individuals undergoing stress echocardiography. These studies provided some important findings.

In 2011, a large meta-analysis of these investigator-initiated studies, including 5,078,666 control patients (undergoing echocardiography without a contrast agent) and 211,162 patients who received an UCA, demonstrated a significant reduction in mortality for patients undergoing contrast-enhanced echocardiography (odds ratio for death 0.57, CI 0.32–1.01).10 A sub-analysis of 110,500 patients undergoing contrast-enhanced echocardiography (in whom data regarding adverse reaction rate was available) revealed allergic reactions in 11 patients (0.009 %) and anaphylactic reactions in five patients (0.004 %).10

Following the publication of these investigator-initiated safety studies, intense advocacy by concerned healthcare providers, and a more complete understanding of the risk–benefit profile of UCAs, the FDA convened a meeting of its Cardiovascular and Renal Drugs Advisory Committee on June 24, 2008, to “review safety considerations related to UCA.’’

Interval safety data were reviewed, and the panel was asked to review a proposed three-part risk-mitigation plan developed by the FDA in association with Lantheus Medical Imaging and GE Healthcare.16 This plan included the following:

A combined meeting of the FDA Cardiovascular and Renal Drugs Advisory Committee and the Drug Safety Advisory Panel was convened on May 2, 2011, to review results of the risk-mitigation studies agreed to by the FDA and the US UCA manufacturers in 2008, and to discuss whether further label changes should be considered for the UCA class.15 Results of the safety studies are shown in Table 2 for both Optison and DEFINITY. All six safety studies showed reassuring results: both clinical care registry studies revealed no deaths or serious adverse events; there was no significant change in pulmonary artery systolic pressure or resistance following clinically relevant dosing of either UCA; and the large retrospective database studies of critically ill patients revealed no increase in mortality risk for patients undergoing echocardiography with a contrast agent compared with those undergoing unenhanced echocardiography (hazard ratio for DEFINITY 0.683, 95 % CI 0.591–0.798).

The FDA also presented guidance on “when to use a boxed warning” with the following three conditions outlined as substantial justification.15

Reaction to the data presented was mixed, with some panelists favoring substantial revision to product labeling (including deletion of the boxed warning based on the FDA internal justification criteria), while others were concerned that significant safety considerations remained and should be prominently highlighted in the prescribing information.15

On October 24, 2011, the FDA announced a final significant product label revision for DEFINITY,19 including:

There have been substantial product label changes for DEFINITY since product approval in 2001 (see Table 3). The product label has been revised because of concerns regarding UCA safety in October 2007, modified following a better understanding of the risk–benefit profile of UCAs in May 2008, and further revised in October 2011 subsequent to the completion of a three-part post-marketing safety study initiative designed in concert by the FDA and the US UCA manufacturers.
Physician review and understanding of product labeling for DEFINITY is essential for safe clinical use. Patients with severe underlying cardiopulmonary disease derive great benefit from the early and accurate diagnostic information provided by contrast echocardiography; however, rare serious allergic reactions may be poorly tolerated in this patient population. Patient safety is enhanced, when these reactions occur, by their prompt recognition and the rapid administration of medical care (including the administration of epinephrine in the most serious, life-threatening cases), and in general by the maintenance of resuscitation equipment (including ‘allergy kits’) wherever UCAs are used. Although UCAs in general, and DEFINITY in particular, are ‘safe’ by any reasonable standard, the finite risk (~1:10,000) of anaphylactoid reaction is now well-defined and appears to be the only significant risk associated with UCA administration.

New Drugs for the Treatment of Heart Failure
Read Article 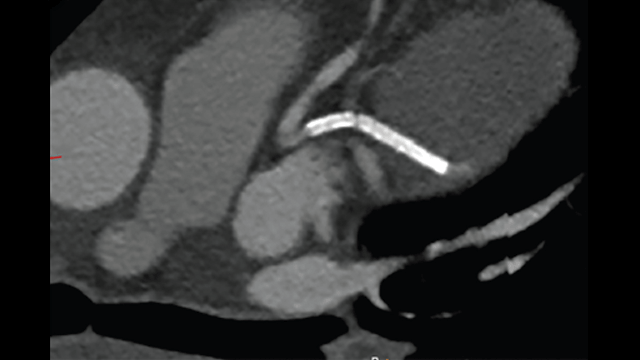 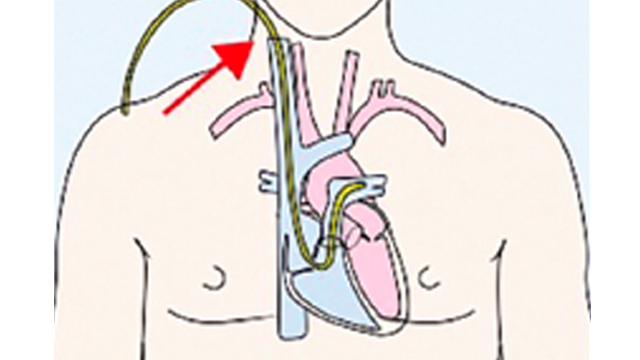