Treatment of Fetal and Neonatal Arrhythmias

Fetal arrhythmias are noted in only 1-2% of all pregnancies and can be categorized by rate and regularity. Almost all arrhythmias fall into one of three categories: irregular, tachycardic, or bradycardic.4 Normal fetal heart rates range from 120-160bpm at 30 weeks' gestation and 110-150bpm at term.5,6 Heart rates less than 100bpm are classified as bradycardia, and rates greater than 180bpm are identified as tachycardia.1,7

Fetal arrhythmias are often first noted on auscultation during routine maternal prenatal examinations once heart tones are appreciated around 10-12 weeks. Generally the mother is asymptomatic and has not appreciated any decreased fetal activity.1,4 If a fetal tachycardia is heard, the referring practitioner should attempt to determine its rate and characteristics. Gradual onset and cessation are associated with normal fetal accelerations, especially with a rate below 200bpm. Abrupt changes, especially if the rate is over 200bpm, are more often associated with pathological tachycardias.8 Transient slowing of the fetal heart rate with immediate return to normal rates is common in mid-trimester when patients lie supine, caused by normal variable-type fetal heart rate decelerations, and does not need further cardiac evaluation.This isolated physiological slowing of the heart must be differentiated from persistent bradycardia, which does require expedited evaluation.8,9

Other non-invasive approaches include two-dimensional (2-D) fetal echocardiography, to exclude structural cardiac defects, and M-mode ultrasonography, which depicts cardiac motion as a function of time. A cursor placed through both the fetal atrium and ventricle allows the timing of atrial and ventricular contractions to be determined and premature beats to be identified.8,10,11 Similarly pulsed Doppler can be used to identify fetal rhythms by assessing intracardiac flow patterns.10,12 Fetal magnetocardiography uses the magnetic field generated by electrical activity of the fetal heart for more precise delineation of fetal rhythms.13,14

Fetal tachycardias may have several causes. It is important to exclude fetal distress (with loss of beat-to-beat variability) and chorioamnionitis (with maternal fever), which may cause fetal heart rates up to 200bpm.8 The three most common fetal tachyarrhythmias aside from premature atrial contractions (PACs) are supraventricular (re-entrant) tachycardia (SVT), atrial flutter (AF), and ventricular tachycardia (VT).

PACs are fetal extra-systoles and are associated with good outcomes.8 In 0.4% of cases, it may progress to fetal tachycardia. Therefore it is recommended that these patients be monitored weekly to exclude the development of tachyarrhythmias.8,15

AF accounts for approximately 21-50% of fetal tachycardia and may be associated with structural abnormalities. Fetal hydrops is associated with 7-43% of cases of AF.16,17 It is defined as an atrial rate ranging from 250 to 500bpm with either fixed or variable atrioventricular (AV) block.18 Diagnosis can be confirmed by fetal echocardiography which documents the atrium beating at a rate faster than the ventricle.1 Medical management in cases without hydrops may consist simply of digoxin therapy, whereas in other cases adding a second agent like flecainide, procainamide, or amiodarone may be needed.8 Drug therapy is successful in 82% of patients. Hydropic fetuses may require more medications and longer duration to control.19

SVT is reported to account for 47-68% of cases of fetal tachycardia,18,19 and only 2% of cases are associated with structural abnormalities.18 The most common SVT is an atrioventricular reciprocating tachycardia (AVRT) that involves an accessory bypass tract between the atrium and the ventricle.1 SVT may be either incessant or paroxysmal in nature, have ventricular rates varying from 250-300bpm, and be associated with fetal hydrops in 36-64% of cases.16,20 Medical management encompasses digoxin as a first-line agent.This has been maternally administered both orally and intravenously, and directly to the fetus intramuscularly, intra-peritoneally, intra-amniotically, and intravenously.21 Placental transfer is excellent but diminished in the hydropic fetus. In about 40% of cases, a second agent may still be needed,8 such as amiodarone, flecainide, or sotalol, leading to increased efficacy of treatment and reduction in fetal mortality.2,8,22

VT in the prenatal situation is rare and can be difficult to diagnose. The fetal heart rate is often relatively normal (180-200bpm) and is usually well tolerated.8 The treatment of fetal VT includes propranolol, procainamide, and phenytoin. Lidocaine can also be used effectively for fetal VT.1 Digoxin should be avoided secondary to its potential to exacerbate VT.

The most significant fetal bradycardia is congenital complete heart block (CHB). Approximately 50% of fetuses with bradycardia are associated with mothers with connective tissue disease such as systemic lupus erythematosus8,23 and Sjogren’s syndrome with trans-placental passage of two specific antibodies (anti-Ro and anti-La) causing damage to the conduction system.2,8 The other half of fetuses with complete heart block has underlying congenital cardiac defects including atrial isomerism, ventricular inversion, and heterotaxy syndromes.4,8

Diagnosis is made by echocardiography with a normal atrial rate and slower ventricular rate and atrioventricular dissociation.1 Most fetal heart rates are 45-60bpm. The prognosis depends on the presence or absence of structural heart disease and the development of hydrops secondary to the very slow rate.1,3 High-dose maternal steroids have been used with limited success in patients with mothers who have connective tissue disease.24

This is thought to treat the associated myocarditis and occasionally improve the degree of AV block.25 Sympathomimetic drugs (such as terbutaline, isoproterenol, ritodrine, and salbutamol) administered maternally have demonstrated increases in heart rate with variable improvement in hydrops.26 All patients with known fetal CHB should be delivered in a tertiary care center with the means to provide emergency pacing techniques.1

Neonatal arrhythmias are similar to those seen in the fetus.1 Arrhythmias are found in 1-5% of newborns during the first ten days of life. Most are premature supraventricular beats that will disappear over the first month of life.27 Neonatal tachyarrhythmias can be broadly classified into SVTs and ventricular tachycardias (VTs). The most commonly presenting pathological tachycardia in the newborn is narrow complex SVT.1,27

The clinical presentation of neonatal arrhythmias is variable. Development of symptoms depends on both the rate and duration of the arrhythmia. Some neonates do not become symptomatic, while others may develop signs of congestive heart failure and cardiogenic shock. Heart rates with neonatal tachyarrhythmias are usually in the range of 240-300bpm with bradyarrhythmias less than 100bpm.

PACs represent the most common arrhythmia in the neonatal period. PACs may be conducted either normally, aberrantly or completely blocked. Enough blocked PACs may actually result in bradycardia. PACs in general are considered benign in the structurally normal heart.27

AF is common in both the fetal and newborn period and is caused by re-entry within the atrium.3 AF can be well tolerated if there is a high degree of AV block with a near normal ventricular rate.28 In the neonatal period, the atrial rate is usually 400bpm with 2:1 AV conduction. Sinus rhythm can be restored with intravenous digoxin or amiodraone, via transesophageal pacing, or with direct current cardioversion. Digoxin is sometimes used for long-term medical therapy, though it is seldom needed.3,27 In structurally normal hearts, recurrence is rare.

Atrial ectopic tachycardia (AET) is usually caused by an automatic focus in the left or right atrium. It is manifested on ECG as a narrow complex tachycardia with an abnormal P wave preceding the QRS complex. AET can present as a sustained arrhythmia that is often resistant to medical management. Digoxin and class 1A antiarrhythmic medications are rarely effective individually. Some improvement has been seen with beta blockers, class 1C antiarrhythmic drugs, and class 3 drugs. There is often frequent resolution of AET that presents in neonates.3,28-30

AVRT is the most common mechanism of SVT in the neonatal period accounting for almost 50% of all patients who have SVT.3,27 The arrhythmia circuit involves the AV node and an accessory connection. Termination of tachycardia is easily achieved by intravenous administration of adenosine.3 AVRT can also be terminated by vagal maneuvers, with ice over the face, gagging, or via a rectal probe. Esophageal overdrive pacing has been shown to be beneficial in neonates.27 Chronic therapy with digoxin (non-Wolff-Parkinson-White) or β-blockers can be considered as first line to prevent recurrence of AVRT. Class 1A, 1C and 3 antiarrhythmic medications can be used if first-line agents fail.3,27 In patients without recurrence, therapy is weaned off by six to 12 months of age.3 It is important to note that potent negative inotropic agents, though safe and effective in older children and adults, should be used with extreme caution in infants less than one year of age since they can cause worsening of already compromised ventricular function.1,3 Owing to reported neonatal deaths in babies with SVT treated with intravenous verapamil, this drug is no longer recommended in treating neonatal tachycardias.31

Permanent junctional reciprocating tachycardia is a type of AVRT that can be incessant at a relatively slow rate of approximately 200bpm. Treatment is difficult since response to adenosine or electrical cardioversion is usually transient. Long-term treatment with a beta blocker, amiodarone, or flecainide is usually needed with definitive treatment being radiofrequency ablation later in childhood.3,29

VT is much less common than SVT in neonates.1,27,29 It may occur either in the structurally normal heart or in the setting of congenital heart disease. The most common form of neonatal VT is an automatic mechanism arising from the right ventricular outflow tract.1 Several etiologies of VT must be considered, including myocarditis, rare cardiac tumors (hematomas and rhabdomyomas), VT after myocardial infarction, electrolyte and metabolic abnormalities, drug toxicity, and cardiac channelopathies like long QT and Brugada syndromes.18,27

Patients who have hemodynamic compromise should undergo immediate synchronized cardioversion or defibrillation. Neonates who have structurally normal hearts usually experience spontaneous resolution of ventricular arrhythmias. Therapy should be reserved for incessant or sustained VT or for rapidly conducting non-sustained VT. Chronic therapy is based on the underlying etiology of the arrhythmia with the use of beta-blockers and class 1A, 1B, 1C, and 3 antiarrhythmic drugs. Digoxin and adenosine are generally not helpful in treating VT.1,27

In neonates the most common cause of sustained bradycardia is congenital CHB. This may be associated with structural congenital heart defects, most common being ventricular inversion and defects of the AV septum.1 CHB in structurally normal hearts can occur in infants born to mothers with connective tissue disorders like SLE or Sjogren’s syndrome, thought to be due to anti-Ro and anti-La antibodies crossing the placenta and attacking the myocardium and the conduction system.1,23,27 Symptomatic newborns with a wide complex escape rhythm or with ventricular rates less than 50bpm should have a permanent pacemaker placed.1,27

Neonatal first-degree heart block is usually seen with disorders of the AV node and is commonly associated with congenital heart disease or inflammatory disorders of the myocardium. Most patients are asymptomatic and need no further therapy.27 Second-degree heart block is generally related to medications or maternal connective tissue disease. Placement of a permanent pacemaker may be needed.27 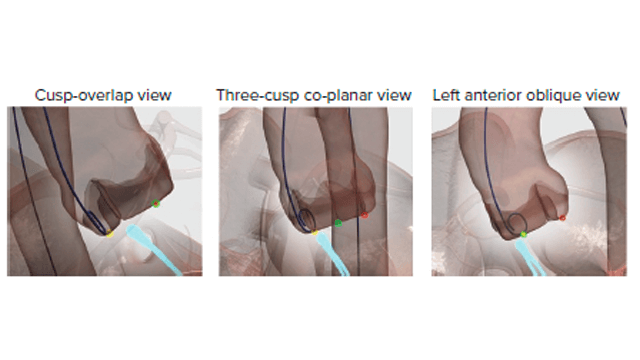