Transmyocardial Revascularization as an Adjunct to Coronary Artery Bypass Surgery

Many patients with angina secondary to coronary artery disease (CAD) respond to medical management or can be completely revascularized using available percutaneous coronary interventions or coronary artery bypass grafting (CABG). There is evidence, however, to indicate that up to 25% of patients are incompletely revascularized following CABG, and that incomplete revascularization is a significant independent predictor of early and late mortality and adverse events. Transmyocardial revascularization (TMR) is a surgical option for patients with debilitating angina due to CAD in areas of the heart not amenable to complete revascularization using conventional treatments. In randomized, one-year controlled trials with long-term follow-up and in additional clinical experience, TMR performed adjunctively to CABG in patients who would be incompletely revascularized by CABG alone has yielded significantly improved clinical outcomes. Based on these published results, the Society of Thoracic Surgeons (STS) and the International Society for Minimally Invasive Cardiaothoracic Surgery (ISMICS) have issued practice guidelines recommending adjunctive TMR in this difficult patient group.

Considering the clinical benefits demonstrated as a sole therapy, including; superior angina relief, decreased rehospitalizations, improved quality of life, and improved event-free survival compared with continued maximal medical management,1-6 TMR has been evaluated in conjunction with CABG in patients afflicted by diffuse CAD who would otherwise be incompletely revascularized by CABG alone. Cardiothoracic surgeons are increasingly operating on patients with more complex and diffuse CAD, which is increasingly being recognized as a powerful predictor of operative mortality.7-11 Adjunctive TMR patients are at the end of this continuum, as illustrated by the data set collected from the STS Database that was analyzed in 2004.12 From 1998 to 2003, 5,618 patients who underwent adjunctive TMR, representing 0.6% of the surgical revascularization population in the STS database, were compared with 932,715 patients who underwent CABG-only operations.Without exception, significantly increased baseline comorbidities and risk factors occur in adjunctive TMR patients with diffuse disease compared with patients undergoing complete revascularization with CABG alone (see Table 1).

The safety and effectiveness of adjunctive TMRs have been difficult to delineate due to the influence of adjacent bypass grafts and lack of randomized control arms in some studies. Nonetheless, two prospective randomized, controlled trials (RCTs) have been conducted for combined CABG with TMR in patients who would be incompletely revascularized using CABG alone, and patients from each of these trials have been followed long-term.13,14 These trials (primary evidence) and non-randomized studies (secondary evidence) are discussed here.

In a prospective, multicenter, RCT, Allen and associates13 randomized 263 patients who would be incompletely revascularized by CABG alone due to one or more ischemic areas not amenable to bypass grafting to adjunctive TMR (n=132) or CABG alone (n=131). Previous myocardial infarction (MI) was present in 60% of patients and 26% had undergone a prior CABG surgery. Patients were blinded to treatment through one year. Significantly reduced operative mortality was observed following adjunctive TMR compared with CABG alone (1.5% versus 7.6%; p=0.02), although the Parsonnet-predicted mortality risk was comparable (6.3%, adjunctive TMR versus 6.6%,CABG alone; p=0.80).Adjunctive TMR required reduced post-operative inotropic support (30% versus 55%; p=0.0001), and afforded increased 30-day freedom from major adverse cardiac events (97% versus 91%; p=0.04). Improvements in angina and exercise treadmill scores at one year were similar between groups. Compared with CABG alone patients, adjunctive TMR patients had significantly increased one-year survival (95% versus 89%; p=0.05) and freedom from major adverse cardiac events, prospectively defined as death or MI (92% versus 86%; p<0.05).

More recently, a five-year follow-up of this work has been reported.15 Adjunctive TMR patients had significantly lower mean angina scores at five years compared with CABG-alone patients (0.4┬▒0.7 versus 0.7┬▒1.1; p=0.05).The clinically relevant manifestation of this difference is in the significant reduction in patients with recurrent, severe angina (class III/IV) at five years (0% versus 10%; p=0.009). In addition, there tended to be more adjunctive TMR compared with CABG alone patients who were angina-free (78% versus 63%; p=0.08). In the sub-group of diabetics who are prone to microvascular, diffuse disease, significantly more diabetic patients who received adjunctive TMR were free from angina at five years compared with diabetics who received CABG alone (93% versus 63%; p=0.02). In a multivariable analysis, predictors of long-term freedom from angina included diabetes (p=0.04), no prior CABG (p=0.002), and a strong trend favoring adjunctive TMR treatment (p=0.06).

In a prospective, multicenter RCT conducted at five US centers, Frazier and colleagues14 randomized 49 patients who would be incompletely revascularized by CABG alone due to severe, distal, diffuse CAD to either adjunctive TMR (n=22) or CABG alone (n=27). Patients were at high operative risk due to depressed ejection fraction (<0.35 [19%]), unstable angina (16%), prophylactic placement of an intra-aortic balloon pump (18%) and prior CABG surgery 68%. A strong trend in reduced operative mortality was observed in the adjunctive TMR group compared with the CABG alone group (9% versus 33%; p=0.09).

Frazier followed 44 of the randomized patients from the original trial for an average of four years.16 A significant reduction in recurrent angina requiring percutaneous or surgical repeat revascularization was observed in adjunctive TMR versus CABG alone patients, (0% versus 24%; p<0.05), even though the numbers of bypass grafts placed at the time of enrollment (3.1±0.7 versus 3.1±0.8; p=0.85) were similar between groups. The long-term freedom from treatment failure (freedom from death, repeat revascularization, and recurrent angina) showed a strong trend favoring adjunctive TMR patients at a mean of four years follow-up (39% versus 14%; p=0.06).

Additional retrospective data regarding the use of TMR as an adjunct to CABG further demonstrates the safety and efficacy of the procedure.17-20 Trehan et al. reported on a series of 77 patients in India who underwent adjunctive TMR for diffuse CAD not amenable to CABG alone.17 Early mortality was 1.2%. At 12 months, 89% of patients were angina-free. Exercise treadmill stress testing showed an increased total time of 9.7 minutes at 12 months compared with 5.3 minutes at baseline.Thallium scanning at three, six, and 12 months post-operatively showed that myocardial perfusion in grafted segments had significantly improved, and perfusion in TMR segments showed a linear trend in the same period with a total gain of 28.4%. Stamou et al. reported the single-center, one-year follow-up results after adjunctive TMR in a consecutive series of 169 high-risk patients having refractory angina and at least one myocardial ischemic area not amenable to CABG.18 Of note, 82% of these patients were turned down as inoperable by other heart hospitals for CABG surgery due to small vessels and diffuse disease. At a mean age of 63 years, 64% of patients had a previous MI, and 79% had undergone prior CABG surgery.

Patients with ejection fraction <0.35 and scheduled to receive only one graft (26%) underwent prophylactic intra-aortic balloon pump placement. One-year survival and event-free survival (freedom from death, stroke, MI, and repeat revascularization) were 85% and 81%, respectively. The incidence of severe (class III/IV) angina was significantly reduced at one year compared with baseline (4% versus 90%; p<0.001).

Cardiac surgeons are increasingly faced with the more complex patient who has developed a pattern of diffuse CAD and who cannot be completely revascularized by CAGB alone (see Figure 1). Incomplete revascularization due to diffuse CAD results in an increased operative risk and decreases the likelihood of long-term angina relief.

In consideration of the operative and long-term benefits associated with adjunctive TMR in randomized patients with diffuse CAD, increased utilization of this therapy is warranted. In parallel, continuing research into utilizing TMR for preconditioning and delivery of cellular or biologic therapies for enhancing these positive outcomes remains important.21-28

Based on an assessment of these cumulative results, the Society of Thoracic Surgeons and the International Society for Minimally Invasive Cardiaothoracic Surgery have determined that the weight of the evidence favors utilizing adjunctive TMR in selected patients who would be incompletely revascularized by CABG alone.29-31 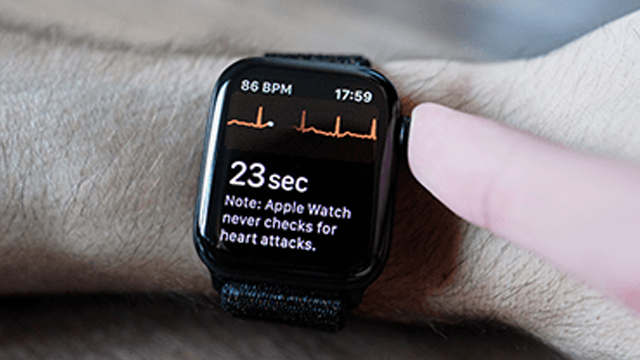