This article examines the initial results of the author's experience to date with percutaneous left ventricular assist (LVA) support of patients in cardiogenic shock, and for temporary left heart support in the setting of high-risk percutaneous intervention. Despite evolving procedural methods, 16 of 18 patients in this study survived to hospital discharge. Intraprocedural complications were rare—periprocedural adverse events were those predominantly associated with cardiogenic shock and critical illness. The duration of mechanical support ranged from two hours to 13 days. Peripheral vascular complications occurred in 33%, diminishing in frequency with modification of technique.

The author concludes that at a tertiary care cardiology center with a team-based approach, patients at high morbidity/mortality risk due to cardiogenic shock or with high-risk coronary artery disease (CAD) can be treated safely and effectively with a percutaneous left ventricular assist device (PVAD).

Reported mortality rates of patients in acute cardiogenic shock are generally in the range of 50% to 90%. Even in the era of the intra-aortic balloon pump (IABP), survival rates of over 50% are uncommon. In the Should We Emergently Revascularize Occluded Coronaries for Cardiogenic Shock (SHOCK) trial,1 a non-randomized study of reperfusion and IABP in patients with acute myocardial infarction (MI), IABP-treated patients had improved urine output and mental status, as well as less acidosis and dysrhythmia, but mortality remained high, and was 83% in patients not revascularized.

The risks associated with percutaneous coronary intervention (PCI) increase in the setting of LV systolic function. Keelen et al. reported more than a five-fold increase in one-year mortality in patients with an LVEF of less than 40% undergoing PCI compared with those with an LVEF of more than 50%.2 The use of the IABP is an accepted method to support patients with LV dysfunction (LVD) during PCI, despite the lack of a randomized trial supporting this approach. Cardiopulmonary support (CPS) has been used to support patients through high-risk PCI, with a higher likelihood of procedural success and patient survival if placed prophylactically as opposed to provisionally.3 Unfortunately, major vascular complications have been reported to occur in about 30% of CPS-treated patients.The TandemHeart temporary PVAD is a centrifugal, continuous flow pump that draws oxygenated blood from the left atrium via a transseptally placed 21 French cannula, infusing it into the iliac circulation in a retrograde manner. Flows of 3-4 liters/min are possible with currently available cannulae. Hemodynamic benefits include an increase in cardiac output, an increase in mean arterial pressure (MAP), and a decrease in pulmonary artery wedge pressure (PAWP).

Between August 2002 and May 2005, 18 patients used the PVAD.Ten in 18 patients used the device for acute cardiogenic shock, and eight in 18 used the device for high-risk PCI. All patients underwent intraprocedural transesophageal echocardiography (TEE) and received general anesthesia from a cardiac anesthesiologist. The mean patient age was 62 years (range 32-83).Vascular access methods have evolved considerably over time. Initially (the first seven patients), all patients had surgical femoral vessel cutdown and surgical repair. More recently, the author has placed the cannula using a modified Seldinger technique, utilizing either manual compression at the time of cannula removal or by placing Perclose AT™ vascular closure devices in the artery and vein following 8F sheath placement, prior to cannula placement in cases where removal of the cannulae at the end of the case is planned. Femoral artery angiography was performed on all patients to aid in the sizing of the return cannula and also to assess the need forplacement of a 5Fr antegrade limb to assure adequate limb perfusion.

LDS Hospital is a tertiary care facility with expertise in mechanical circulatory support. Post-procedural care for patients with mechanical support (percutaneous as well as open surgical) is team-based with medical intensivists trained in mechanical circulatory support serving as the primary caregivers in the immediate periprocedural period. In addition, heart failure (HF)/transplant cardiology, cardiovascular (CV) surgery, and interventional cardiology participate in decisions regarding the care of these patients. Patient selection for percutaneous LV support is also generally multidisciplinary with input from interventional cardiology, cardiothoracic surgery, HF/transplant cardiology, and critical care medicine.

Procedural success (initiation of mechanical support) was seen in all cases. Mean flow-rate during support was 3.5 liters/min. The duration of mechanical support ranged from two hours to 13 days, with a mean duration of support of 5.8 days for patients in cardiogenic shock and a median duration of support of 3.5 hours for those undergoing PCI. Overall, 15 in 18 (83%) patients survived to hospital discharge, with seven in eight (88%) patients undergoing high risk PCI, and eight in 10 (80%) surviving in the cardiogenic shock population. With a follow-up of zero to three years, 13 in 15 (87%) discharged patients remained alive, with considerable improvement in LV function.

In the cardiogenic shock population, the device generally served as a bridge leading to other therapy (see Table 1). Considerable improvement in multiorgan system dysfunction was seen following the initiation of mechanical support, concominant with an increase in mean arterial pressure as well as cardiac output, measured by an indwelling pulmonary artery catheter (see Figures 1-4).

Periprocedural vascular complications occurred in six of 18 (33%) patients, including retroperitoneal hematoma (not at the site of PVAD return cannula placement, but rather at the site of contralateral femoral 8Fr sheath placement through which the intervention was performed), and hematoma at the return cannula site occurred in two patients, in one patient after cannula removal and in one in whom the return cannula was inadvertently withdrawn requiring placement on the contralateral side. Uptake cannula migration from the left atrium into the right atrium occurred in one patient, requiring repositioning. One patient suffered a groin site infection—cannula placement and removal in this patient was via surgical cutdown and open closure. There has been a trend toward a decrease in groin site complications in patients who had percutaneous as opposed to surgical access/closure. The use of percutaneous access/closure has reduced procedure time and averages by roughly two hours.

In the cardiogenic shock population, one patient died of multiorgan system dysfunction, one died of ischemic bowel following aortic valve replacement (AVR), and three patients developed heparin-induced thrombocytopenia and thrombosis (HITT) either during or after PVAD support. Other sequelae of cardiogenic shock were seen in this population including systemic inflammatory response syndrome (SIRS), upper gastrointestinal (GI) bleeding, and hepatic insufficiency—none of which were felt to be due to embolic phenomena from PVAD support.

In this small observational study, favorable outcomes in a high-risk patient population were observed. The TandemHeart device provided effective and reliable support—both for high-risk PCI as well as cardiogenic shock. Reversal of renal and hepatic insufficiency was seen. When used in high-risk PCI, significant improvement in LV systolic function was seen when these patients were reassessed by echocardiography (ECG) four weeks post-revascularization (see Figure 5).

The management of patients with acute cardiogenic shock and LV dysfunction with complex coronary anatomy remains challenging. In the author's experience, the TandemHeart PVAD has provided rapid, effective and reliable circulatory support. Meticulous attention to patient selection and periprocedure management has contributed to favorable clinical outcomes. It has been the author's observation that due to the common and complex nature of non-cardiac problems in patients with cardiogenic shock, a medical intensivist is the most appropriate specialist to lead the periprocedure management of this complex patient subset. Early recognition and an aggressive approach to prevention and the management of cardiac as well as non-cardiac complications appear to have a significant impact on survival to hospital discharge. 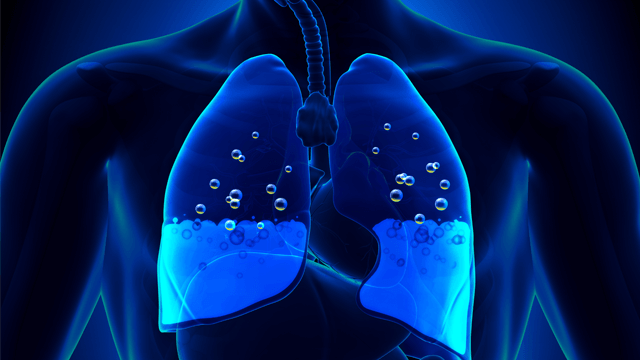