Recent statin trials such as the Heart Protection Study (HPS), which included a subgroup of 5,963 diabetic patients,7 and the Collaborative Atorvastatin Diabetes Study (CARDS), which enrolled 2,838 T2DM patients,8 revealed that lowering LDL-cholesterol reduced any major CVD event by 22–32%; however, residual CVD risk remained in these patients after statin therapy (see Figure 1).

While this concept of residual CVD risk is true in all patients treated with statins, after diabetic patients are treated with statins their CVD event rates remain higher than the CVD event rates of untreated patients without diabetes (see Figure 2). Lipid-modifying therapies that improve triglyceride and HDL-cholesterol abnormalities may reduce the residual CVD risk remaining after optimal statin therapy, especially in patients with diabetes.

Increasing the Evidence Base for Fibrate Use

Clinical trials have demonstrated that fibrate therapy can reduce CVD risk, particularly for patients with atherogenic dyslipidemia and/or diabetes.Among the subgroup of highest-risk subjects (triglyceride levels >204 mg/dl and an LDL/HDL ratio >5) in the Helsinki Heart Study (HHS), gemfibrozil provided a significant 71% reduction in CHD events.9 In HHS patients with diabetes, gemfibrozil reduced CHD events by 68% (p = 0.19).10

The Veterans Affairs High-Density Lipoprotein Cholesterol Intervention Trial (VA-HIT) revealed that gemfibrozil significantly reduced CHD events by 32%, CHD death by 41%, and stroke by 40% in the subgroup of patients with diabetes, and this occurred with no significant reduction in LDL-cholesterol.11 The Fenofibrate Intervention and Event Lowering in Diabetes (FIELD) study was the largest placebo-controlled clinical CVD outcomes study conducted with lipid-modifying therapy in patients with T2DM (n = 9,795)12-14 and has contributed important information about the clinical utility of fenofibrate in this patient population.

All patients in FIELD had no clear indication for lipid-modifying treatment at study entry.14 The median duration of the diagnosis of diabetes was five years, and patients' blood glucose levels were well controlled both at baseline and throughout the study.14 Baseline lipid parameters were mean total cholesterol, 195mg/dl; LDL-cholesterol, 119mg/dl; HDL-cholesterol, 43mg/dl; and median triglyceride, 154mg/dl. Only 38% of patients met the trial definition of dyslipidemia (triglycerides >150mg/dl and HDL <40mg/dl for men or <50mg/dl for women) at baseline.14 Furthermore, 78% of patients had no history of CVD.Thus, the majority of patients in FIELD were in the early stage of diabetes, with optimally controlled glucose levels, 'average' lipid levels, and no history of CVD.

Unforeseen at the start of the study, FIELD was a trial that was designed and enrolled in one era of risk assessment and lipid-lowering therapy (1990s) and finished in another era (2000s). The FIELD study design did allow for lipid-lowering therapy to be added by the patients' healthcare providers if clinically indicated after randomization (1998-2000). By the end of the study, 36% of placebo and 19% of fenofibrate patients (p <0.0001) were taking non-study lipid-lowering therapy (>93% were statins).14 The substantial statin drop-in rates in FIELD were most likely a result of the 2001 publication of the NCEP ATPIII guidelines,1,15 which reclassified diabetes from a risk factor to a CHD risk equivalent, and the 2002 publication of the HPS results,5 which suggested all high-risk patients should be taking a statin regardless of baseline LDL-cholesterol. The advances in treatment guidelines likely contributed to the increased statin use in the FIELD study population, even though their lipid levels at baseline did not make them obvious candidates for lipid-lowering therapy.

Fenofibrate reduced the primary end-point of CHD events by 11% (p = 0.16). An analysis of the individual components of the primary end-point indicated that fenofibrate significantly reduced non-fatal myocardial infarctions (MIs) by 21% (p = 0.01) but did not have a significant effect on CHD death (see Figure 3). Fenofibrate significantly reduced the secondary end-point of total CVD events by 11% (p = 0.035) and coronary revascularizations by 21% (p = 0.003) (see Figure 3).14 The absolute risk reduction of CVD events was highest in patients with dyslipidemia (2.3%), consistent with results of other fibrate trials.9,16

Fenofibrate treatment had a particularly beneficial effect in 78% of the population who had no prior CVD. In these patients, fenofibrate significantly reduced both the incidence of the primary end-point (CHD events) by 25% (p = 0.014) and the incidence of the secondary end-point (total CVD events) by 19% (p = 0.004) (see Figure 4). In contrast, fenofibrate did not have a significant effect on CHD or CVD events in 22% of the population who had prior CVD. As may be expected, the proportion of statin drop-ins was higher in patients who had prior CVD,14 making the on-treatment LDL-cholesterol levels in the treated and placebo groups nearly identical, and this may explain why the use of fenofibrate did not appear to reduce the incidence of CHD events in these patients.

The placebo group five-year CHD event rate of 5.9% is remarkably low for patients with T2DM. The low rate of CHD events in the 'high-risk' placebo group in FIELD raises the question of whether CHD events alone are a meaningful clinical trial end-point given the continuing improvement of background usual care. It has been suggested that a broader composite of total CVD events may be a more appropriate end-point than CHD events both in prevention trials and risk prediction in clinical practice.17

The relatively low CHD risk of the FIELD patient population as well as the disproportionate placebo drop-in use of statins may have masked some of the benefit of fenofibrate on cardiovascular outcomes. A similar argument can be made for two recent trials that failed to show a benefit of atorvastatin in reducing CHD events in patients with diabetes: the Atorvastatin Study for Prevention of Coronary Heart Disease Endpoints in Non-Insulin-Dependent Diabetes Mellitus (ASPEN)18 and the Anglo-Scandinavian Cardiac Outcomes Trial-Lipid Lowering Arm (ASCOT-LLA).19

All patients in ASPEN (n = 2,410) and a subgroup of ASCOT-LLA patients (n = 2,532) had T2DM, and the majority of patients had no history of CVD, 'average' lipid parameters, and low placebo CHD event rates (ASPEN, 5.5%;18 ASCOT-LLA, 3.6%19). Furthermore, all three trials spanned the same time period in which advances were made in the treatment guidelines for diabetic patients, and this probably contributed to the high end-of-study statin drop-in rates in the trials (FIELD, 36%;14 ASPEN, 27%;18 ASCOT-LLA, 14%19).

The ASPEN trial did not meet any of its cardiovascular end-points in the overall population or in the subgroups of patients with or without a history of CVD. Although ASCOT-LLA did not meet its primary end point of CHD events, atorvastatin significantly reduced total CVD events by 23%.19 These three trials indicate that the types of patients recruited, the trial design, changing treatment guidelines (statin drop-ins), and continued improvement in usual care may obscure the beneficial effect of the study drug.

Fenofibrate significantly improved microvascular disease. The need for laser treatment for retinopathy was reduced by a highly significant 30% (p = 0.0003) and the rate of progression to albuminuria was reduced by 14%, while 15% of patients regressed (p = 0.002 for combined effect) (see Figure 5).14 These results were consistent with findings from the quantitative angiography trial, Diabetes Atherosclerosis Intervention Study (DAIS), which revealed that fenofibrate was associated with reduced progression from normal albumin excretion to microalbuminuria.20 Fenofibrate's beneficial effects on retinopathy and renal protein excretion need further confirmation in clinical trials since these are important clinical outcomes in the overall management and quality of life of patients with diabetes.

Fenofibrate treatment was well tolerated, with patients taking placebo experiencing similar adverse events. Pancreatitis and pulmonary embolism, although of low incidence, occurred at a significantly higher rate in fenofibrate patients.14 Median plasma creatinine levels were 14% higher in the fenofibrate group at study end, compared with placebo (p <0.001); however, these fenofibrate-associated increases in creatinine were not associated with acute renal insufficiency and were reversible in a subgroup of patients eight weeks after ceasing therapy.14

Plasma levels of homocysteine were 35% higher in fenofibrate patients at study end; this elevation has been observed previously and was also reversible in a subgroup of patients eight weeks after ceasing therapy.14 Whether elevated serum homocysteine is a risk factor for CVD is not clear, but recent clinical trials of folate treatment to reduce homocysteine levels has not reduced CVD events.21,22 Analysis of the DAIS results revealed that the fenofibrate-mediated increase in homocysteine did not correlate with any adverse clinical events and did not attenuate the beneficial effects of fenofibrate on coronary atherosclerosis progression.23

Although a significant proportion of patients were taking fenofibrate plus a statin (as many as 19% in the fenofibrate arm by study end), there were few clinically significant muscle-related adverse events in either group.14 Only three out of the 9,795 patients experienced myositis (two fenofibrate and one placebo), and four patients experienced rhabdomyolysis (three fenofibrate and one placebo).14 Each case of rhabdomyolysis fully resolved after discontinuation of therapy, and none of the patients with rhabdomyolysis were on combination therapy with a statin. Furthermore, the incidence of alanine aminotransferase (ALT) and creatine phosphokinase (CPK) elevations was not significantly different between treatment groups. This trial may provide important corroborating evidence that fenofibrate therapy is safe when combined with statins, and further analysis of this subgroup is anticipated.

Fibrates are particularly effective at reducing CVD risk in patients with atherogenic dyslipidemia and/or diabetes, and the FIELD trial confirms and extends data from previous fibrate trials on CVD event reduction in patients with diabetes.10-11 Fenofibrate significantly reduced the incidence of non-fatal MI by 24%, total cardiovascular events by 11%, and coronary revascularizations by 21% in the overall population.14 In patients with no prior CVD, fenofibrate significantly reduced both the primary end-point of CHD events by 25% and the secondary end-point of total CVD events by 19%.14

Other important findings from FIELD suggest improvement in diabetic microvascular disease, such as reduced laser therapy for retinopathy and less progression to and more regression of albuminuria. The majority of patients in FIELD had low CHD risk (ie, early stage of diabetes, optimally controlled glucose levels, 'average' lipid levels, and no history of CVD), and there was a two-fold greater number of placebo compared with fenofibrate patients receiving statin therapy; these factors undoubtedly had a blunting effect on the trial outcomes, yet there were significant benefits with fenofibrate.

In summary, the FIELD results increase the evidence for use of fenofibrate as a monotherapy option for patients without CVD who have diabetes and an atherogenic dyslipidemia with an average LDL-cholesterol level. The concomitant use of fenofibrate with statins may significantly reduce residual CVD risk in these patients, and we await the results from the Action to Control Cardiovascular Risk in Diabetes (ACCORD) trial to provide the answer. 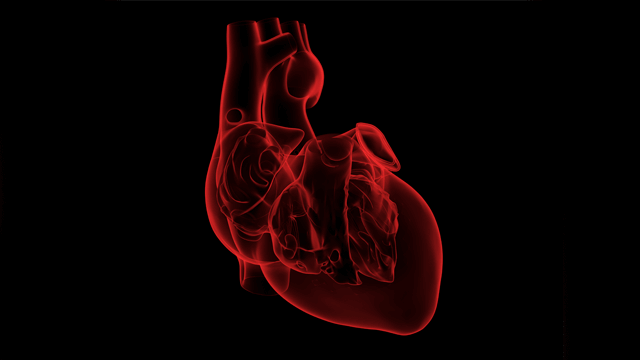