Permanent pacemakers have been used to treat patients with symptomatic bradycardia for 45 years. The earliest pacemakers paced only the ventricle and were used primarily for patients with complete heart block. The need for atrial pacing became apparent as pacing for sinus node dysfunction became more common. Initially, only single-chamber pacing was possible in the atrium, and this was a good therapeutic approach for patients with sinus node dysfunction and intact conduction from the atria to the ventricles. Dual chamber (DDD) pacemakers have been available for more than 20 years, and dual chamber rate-responsive (DDDR) pacemakers have been implanted for more than 15 years. With the availability of such universal pacemakers, implantation of a DDDR pacemaker has become the usual practice in the US for almost all patients except those with permanent atrial fibrillation. A conventional pacemaker paces the right atrium and the right ventricle. At nominal settings for atrioventricular (AV) delay, such pacemakers will often pace the right ventricle with either fusion or complete capture even if intrinsic conduction is present. Only more recently has it become apparent that routine pacing of the right ventricle can be detrimental when it is not needed.

The Multicenter Automatic Defibrillator Implantation Trial II (MADIT II) also encountered unexpected problems related to worsening heart failure. The patients in MADIT II all had coronary artery disease and severe left ventricular dysfunction with ejection fraction (EF) <30% but no indication for pacing. Patients with defibrillators lived longer, but had more heart failure admissions, which was out of proportion to their increased longevity.2

Unlike the MADIT,3 which involved only single chamber defibrillators, presumably programmed to avoid unnecessary ventricular pacing, MADIT II included dual chamber implantable heart defibrillators (ICDs) at the investigators' discretion. At nominal settings, these too would be likely to capture the right ventricle.This is a hypothetical cause for the increase in heart failure in the defibrillator group.

Trials assessing the effect of atrial pacing in sick sinus syndrome patients have also been affected by the same problem.Andersen et al.4 compared single chamber right atrial pacing with single chamber right ventricular pacing in patients with sick sinus syndrome.They demonstrated significant benefit for atrial pacing with improved survival and a decreased incidence of thromboembolic events, atrial fibrillation, and congestive heart failure, especially after longer follow-up.The much larger Mode Selection Trial in Sinus Node Dysfunction (MOST),5 in which all patients had DDDR pacemakers implanted but were randomized to ventricular or dual chamber pacing, showed significant but less striking benefits in the incidence of atrial fibrillation and congestive heart failure. A possible explanation for the difference in the results between the two trials is that unintentional and unnecessary pacing of the right ventricle in the dual chamber group negated some of the benefits of sequential AV pacing compared with ventricular pacing.

How can one avoid pacing the right ventricle? There are several possible pacing approaches to avoiding unnecessary right ventricular pacing:

For patients with an indication for a device but no indication for pacing (that is, patients similar to those in the MADIT II or DAVID trials),VVI pacing at a low rate could be considered even if a dual chamber device is used for atrial arrhythmia discrimination. For patients with sinus node disease, the easiest way to pace only the atrium is to implant an atrial pacemaker. However, many practitioners are reluctant to implant an atrial pacemaker because of the potential for developing heart block in the future, although that is unlikely in properly selected patients, and because of the perception that atrial leads may be less reliable, hence the need for a ventricular lead as back-up. If a dual chamber pacemaker is implanted, programming a long fixed AV delay can avoid right ventricular pacing. This can sometimes be more effectively accomplished by the use of DDIR pacing rather than DDDR pacing to allow higher rate pacing without the limitations imposed by a long total atrial refractory period that may be needed with a long AV delay in the DDD or DDDR mode to avoid the possibility of pacemaker-mediated tachycardia. AV delay hysteresis, which lengthens the AV delay when ventricular sensing is occurring, can also provide intrinsic conduction without programming an excessively long basal AV delay. This is a more important issue for the patient with intermittent AV block who needs a shorter AV delay when native conduction fails.

A search hysteresis function is helpful in this situation to restore atrial pacing when intrinsic conduction resumes.These approaches may not work for every patient because there are a small minority of patients who cannot tolerate atrial pacing with a long AV delay because of symptoms caused by poorly timed atrial contraction that are similar to pacemaker syndrome caused by ventricular pacing.

The most sophisticated approach yet available for atrial pacing with a dual chamber pacemaker is a pacing scheme implemented in new ELA Medical pacemakers. Called AAIsafeR, it provides true atrial inhibited (AAI) or atrial inhibited, rate-modulated (AAIR) pacing until a pause of two or three seconds with non-conducted atrial beats or persistent 2:1 AV block, indicating the onset of AV block and the need to switch to mode DDDR pacing. Search algorithms allow the pacemaker to return to AAIR pacing even when there is a substantial first-degree AV block, but too frequent switching causes permanent dual chamber pacing. In a one-month trial of this algorithm in 43 patients who were divided evenly between sinus node disease and paroxysmal AV block, Fröhlig et al.7 found that in patients with either temporary or no mode switching, there was 0.2% ventricular pacing, compared with 73% in patients who switched permanently to dual chamber pacing. Interestingly, the percentage of patients permanently switching to dual chamber pacing was independent of pacing indication (six in 22 with sinus node disease, nine in 21 with heart block).8

In some patients, right ventricular pacing cannot be avoided because of too frequent second- or third-degree AV block. In such patients, biventricular pacing may be an alternative, and it might be considered at initial implant when continuous ventricular pacing is anticipated for a bradycardia indication if there is pre-existing left ventricular systolic dysfunction. This approach is not yet supported by consensus guidelines or by a lot of data, but the PAVE trial is a first step in this direction.

In summary, pacing the right ventricle should be avoided when at all possible to prevent unnecessary left ventricular dyssynchrony, which is particularly harmful to patients with left ventricular dysfunction.A number of pacemaker or ICD programming options to favor intrinsic conduction are available in all devices, but advanced approaches such as AAIsafeR may prove to be more effective. If ventricular pacing cannot be avoided, biventricular pacing may be considered, either as treatment for the pacemaker patient who has developed heart failure or prophylactically in the patient with left ventricular dysfunction and with bradycardia due to second- or third-degree AV block.

Past, Present and Future of Stress Echocardiography - How Far Have We Come and How Far Can We Go?
Read Article 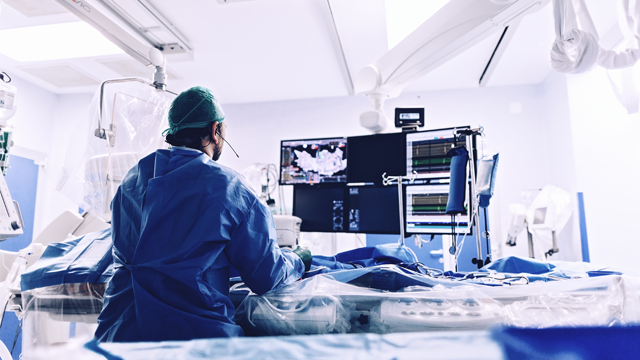