Cardiovascular disease (CVD) is the leading cause of death in both men and women, yet the extent of the problem in women is frequently underestimated and, compared with men, women are less likely to be offered interventions, are less likely to be represented in clinical trials and have a worse prognosis. This article aims to examine the extent of the problem of CVD in women, summarise the physiology and effects of menopause, explore the link between menopause and CVD risk factors and offer suggestions to reduce the risk of CVD in menopausal women.

Cardiovascular Disease in Women – How Big a Problem?

CVD is the leading cause of death in women after the menopause and in fact more women die from heart disease and stroke than from the next five causes of death combined, including breast cancer (see Figure 1).1,2 Although many women perceive that one of the leading risks to their health is breast cancer, globally women are nine times more likely to die of CVD than of breast cancer.3 CVD is traditionally thought of as being a problem of middle-aged men, but in fact CVD affects just as many women as men – if not more – albeit on average a decade later (see Figure 2).4 This delay is thought to be due to the protective effects of oestrogen that occur in the years before the menopause. As oestrogen levels drop, often from the mid-40s onwards, the protective effect is lost and changes occur that lead to an increased risk of heart disease in the ensuing years. Figures from 2005 show that in Europe 55% of women died from CVD as opposed to 43% of men.5 Sadly and surprisingly, awareness of this major health risk to women appears to be very low, with a recent survey showing that only 31% of healthcare professionals and 38% of women were aware that menopausal women are at an equal or greater risk of CVD than men, and that only 31% of women associate menopause with heart disease. The health risks that women were most concerned about at menopause were physical menopausal symptoms, osteoporosis and breast cancer.6

The Role of Menopause

Menopause affects all women and occurs when the ovaries either naturally stop producing oestrogen due to the decline and cessation of oocyte development and ovulation, which is essential for the production of both oestrogen and progesterone, or when the ovaries are removed or damaged by other therapies. The average age at natural menopause varies between countries and is affected by factors such as genetics, nutrition, smoking and age of menarche; in Europe it is around 51 years. As oocyte quality and number decline gradually, changes related to lowering levels of oestrogen may commence a number of years beforehand.

Oestrogen deficiency can lead to early, intermediate and long-term health problems. There is widespread awareness of the common early menopausal symptoms such as hot flushes, night sweats, insomnia and mood changes. Intermediate symptoms of vaginal dryness, irritation, discomfort and bladder changes are very common and, although discussed less often than hot flushes, are gradually being reported and treated a little more often than in the past. The long-term effect of menopause on the bones, with the lack of oestrogen leading to loss of bone strength (and eventually osteoporosis) with an increased risk of fracture, is fairly well known and frequently addressed. However, there is incredibly poor appreciation of the important long-term effects of the menopause on the cardiovascular system.

The Effect of Menopause on Risk of Cardiovascular Disease

Being overweight is a significant risk factor for CVD and is an increasing problem in the western world. Obesity is more common in men than in women before 45 years of age, but after this point the trend reverses. During the menopause, and in fact starting within the first year of the menopause, there is a shift in fat distribution and storage in women from the hips to the waist, more resembling that of the abdominal visceral fat storage in men. These are often referred to as ‘pear’ and ‘apple’ shapes, the apple shape being associated with an increased risk of CVD. Waist circumference reflects this risk: women with a waist circumference >80cm have an increased risk of CVD, with even greater risk for those whose waist circumference is ≥88cm.5 The exact mechanism by which oestrogen deficiency leads to weight gain and change in fat distribution is not clear, but is thought to be related to a relative excess of androgens (post-menopausal ovaries still produce some androgens) together with changes in leptin and thyroid function.

Hypertension is also a major risk factor for CVD, and after 45 years of age more women than men develop hypertension.4

There is no doubt that raised cholesterol is a significant risk factor for CVD. Menopause is associated with a progressive increase in total cholesterol, with, in particular, an increase in low-density lipoprotein (LDL), lipoprotein-α and triglycerides and a decrease in high-density lipoprotein (HDL).7–9 Therefore, menopausal women are exposed to a more atherogenic lipid profile than pre-menopausal women. Total cholesterol levels peak in women at 55–65 years of age – about 10 years later than the peak in men (see Figure 3).

Agents that lower cholesterol levels reduce heart disease risk in both men and women, but it is thought that a larger proportion of women than men are at high risk and are not being effectively treated. It was shown in a recent survey that only one in four women associates menopause with high cholesterol, leading to a lack of awareness of the need to consider having cholesterol level checked around the time of the menopause.5

Tobacco use is one of the most important risk factors for CVD in both men and women, although the risks associated with smoking are consistently higher in women than in men. Although in general more men than women smoke, the important and encouraging decline in tobacco use among men is worryingly less apparent in women, while there is a disturbing rising trend in younger women.

Diabetes is becoming increasingly common in both men and women, and changes in insulin secretion and insulin sensitivity after the menopause contribute to this increase in women. The risk of death from CVD associated with diabetes is higher in women than in men: in the 20-year Framingham study, women with diabetes were 3.3 times more likely to die from CVD than women without diabetes, whereas the risk for diabetic men was only 1.7 times that of non-diabetic men.10

The increase in these risk factors leads to a four-fold increased risk in CVD in women in the 10 years after the menopause.11 The belief that this increase is menopause- or oestrogen-deficiency-related rather than purely age-related is confirmed by the findings that for post-menopausal women at any age there is an increased risk of CVD (see Figure 4).

Symptoms of heart disease manifest themselves differently in women and in men, with women being less likely to present with classic, well recognised cardiovascular symptoms.7 Angina can be mistaken for indigestion or heartburn, and symptoms of myocardial infarction (MI) can include overwhelming fatigue, shortness of breath, nausea or indigestion. Women therefore tend to present late in the disease process, by which time they may also have other medical conditions that may affect the prognosis. Furthermore, it is recognised that women are less likely to be offered intervention, and traditionally have been poorly represented in clinical trials. Not surprisingly, then, women have a worse prognosis following an MI than men: in US patients diagnosed with acute MI, 38% of women but only 25% of men die within a year. Within six years of a first MI, 35% of women but only 18% of men will have another MI.12

With the onset of menopausal symptoms, women and their doctors and nurses should not only discuss the symptoms, but also think long-term and consider risk factors for both bone health and heart health. It has been estimated by the World Health Organization (WHO) that 80% of CVD can be prevented by diet and lifestyle changes and, indeed, a recent European survey showed that 73% of respondents said that they would prefer to deal with menopausal symptoms by having the right diet and lifestyle.6,13

However, for women who are having troublesome menopausal symptoms, control of the symptoms may be needed first before attention can be given to important diet and lifestyle changes; discussion should still take place early and, indeed, some changes such as reducing weight, stopping smoking and increasing exercise can in fact help to reduce symptoms as well as benefiting long-term health. Women should be encouraged to maintain a healthy weight by means of a healthy diet (with five portions of fruit and vegetables per day, using wholegrain, high-fibre foods, cutting down on saturated fats, increasing mono- and polyunsaturated fats and cutting down on salt) and by increasing exercise, aiming for 30 minutes of moderate exercise (brisk walking provides the same benefit as vigorous exercise) at least five days per week.

Stopping smoking can improve not only heart health but also bone health and should be a major consideration in menopausal women. Blood pressure is usually checked as part of a menopause assessment, and subsequently as part of the review for women who take hormone replacement therapy. Increasing exercise and weight loss can help to reduce blood pressure, but often drug therapy is needed. Since cholesterol levels increase with the changes that occur at menopause, checking the cholesterol level should also be considered as part of the menopause assessment. It has been shown that a 10% reduction in LDL cholesterol can lead to a reduction in risk of CVD of up to 20%.14

Some interest has been shown in specific dietary methods of reducing cholesterol level, with a variety of foods containing active ingredients that have been shown to have LDL-cholesterol-lowering properties. Active ingredients include plant sterols/stanols (added to foods such as margarine, milk products and yogurts), beta-glucan (a soluble fibre found in oats) and soy protein (found in soy-based products). In the case of beta-glucan, the ingredient in oats-based cereals, the evidence supports cholesterol lowering in the range of 2–5% when 3–5g beta-glucan is consumed daily. Eating 25g per day of soya protein as part of a low-fat diet has also been shown to lower cholesterol by 3–5%.

CVD is by far the biggest cause of death in women after the menopause and yet there is still a low level of awareness among both women and health professionals. Because the changes that occur at menopause lead to an increased risk of CVD, menopause discussion should include assessment of risk factors for long-term health problems, in particular osteoporosis and CVD; consideration should also be given to the measurement of cholesterol level as routine, along with blood pressure and body mass index. When indicated, emphasis on diet and lifestyle advice should be first-line management.

Ultrafiltration in the Management of Heart Failure
Read Article 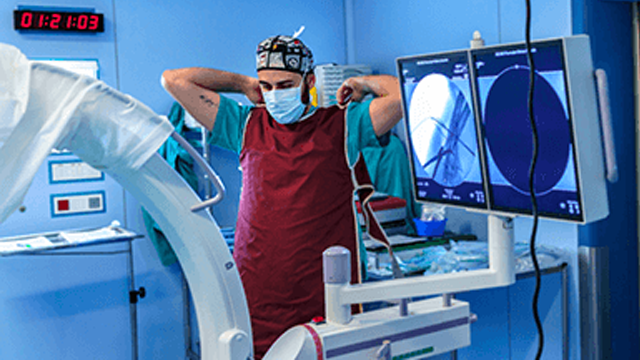