Atherosclerosis is characterized by a non-specific local inflammatory process accompanied by a systemic response. A number of prospective studies in initially healthy subjects and in patients with manifest atherosclerosis have now convincingly demonstrated a strong and independent association between even slightly elevated concentrations of various systemic markers of inflammation and a number of cardiovascular endpoints. Measurements of inflammatory markers might also add to the predictive value of atherogenic lipoprotein phenotyping in assessing long-term coronary risk. This suggests that the evaluation of the 'active' inflammatory state of patients with manifest atherosclerosis yields important complementary prognostic information.

Currently, C-reactive protein (CRP), the classical acute-phase protein, seems to be the marker of choice for the clinical situation. However, there are other emerging biomarkers, such as lipoprotein-associated phospholipase A2 (Lp-PLA2), oxidized low-density lipoprotein (oxLDL), interleukin (IL)-18 and adiponectin, that might improve our ability to identify patients at risk for future coronary heart disease (CHD).

Several studies published during the past decade have provided strong evidence that CRP, although a classical acute-phase reactant with a relatively short half-life (about 19 hours), represents a reliable long-term marker of cardiovascular risk. So far, the results from more than 25 different prospective studies have been reported, and they clearly demonstrate a significant and independent association between increased concentrations of CRP and future cardiovascular events. Furthermore, the recent American Health Association (AHA)/US Centers for Disease Control and Prevention (CDC) consensus report recommends only the measurement of CRP in asymptomatic subjects at intermediate risk for future coronary events (10-year risk of 10% to 20%) and in selected patients after an acute coronary syndrome. This recommendation was based on the fact that of the current inflammatory markers identified, high-sensitivity (hs)-CRP has the analyte and assay characteristics most conducive to use in practice (class 2a, level of evidence B), and that other inflammatory markers should not be measured for determination of cardiovascular (CV) risk in addition to hs-CRP (class 3, level of evidence C).

Since an important issue in risk assessment relates to the potentially clinically relevant incremental information conveyed by a new risk-marker, several studies have revealed that the addition of CRP to the conventional lipid profile improved risk prediction from a clinical standpoint. The authors have been able to demonstrate that the potential of CRP measurement might modify risk prediction based on the Framingham Risk Sore (FRS), a score that is recommended for global risk assessment in subjects prone to CHD. The authors compared the proportions of incident coronary events within 10 years estimated by the Cox model for the five categories of the FRS alone (see Figure 1, left panel) and for different CRP categories in each category of FRS, adjusted for survey and components of the FRS (see Figure 1, right panel). Probability values of the stratified analyses are also given in Figure 1 (right panel, above each FRS category).

Cox regression revealed a considerable modification in coronary event incidence based on CRP concentrations and, more importantly, in particular, in categories of FRS associated with a 10% to 20% risk per 10 years, elevated concentrations of CRP were consistently and statistically significantly associated with a further increased risk (p=0.03 and p=0.02, respectively). In contrast, in men with a risk <6% or 6% to 10% and >20% over 10 years, CRP had no statistically significant additional effect on the prediction of a first coronary event.

In receiver operating characteristic (ROC) analyses, regarding the different areas under the curve (AUC), a remarkable increase was found for the intermediate FRS categories of 11% to 14% and 15% to 19% (increase in the AUC from 0.725 to 0.776 and from 0.695 to 0.751, respectively). Thus, there is initial evidence that CRP measurement may aid in improving risk prediction in a population for which there is otherwise considerable uncertainty about future prognosis. However, such data have to be confirmed in other populations before recommendations for widespread use of this marker can be made.

More recently, attention has focused on Lp-PLA2, an enzyme that may directly promote atherogenesis by generating potent pro-inflammatory and pro-atherogenic products, like lysophosphatidylcholine (lysoPC) and oxidized free fatty acids (oxFFA). Lp-PLA2 is produced mainly by cells critically involved in atherosclerotic plaque development, such as monocytes, macrophages, T-lymphocytes, and mast cells. Lp-PLA2 has been found to be upregulated in atherosclerotic lesions, especially in complex plaques, as well as in the fibrous cap of coronary lesions prone to rupture.

Two-thirds of Lp-PLA2 circulates primarily bound to LDL, the other third is distributed between high-density lipoprotein (HDL) and very-low- density lipoprotein ( VLDL). Lp-PLA2 seems to play a dual role in atherosclerotic disease. While the HDL-associated enzyme is considered to be protective against atherosclerosis, Lp-PLA2 bound to LDL possesses potential pro-atherogenic properties, which are mainly associated with its ability to hydrolyze oxLDL with subsequent release of potent pro-inflammatory mediators such as LysoPC and oxFFA. Upon release from oxLDL, as a result of cleavage of a short acyl group of oxidized phosphatidylcholine at the sn-2 position, these compounds trigger a cascade of events that might directly promote atherogenesis. Thus, Lp-PLA2 may represent an important 'missing link' between the oxidative modification of LDL in the intimal layer of the arterial wall and local inflammatory processes within the atherosclerotic plaque.

Hitherto published results from several prospective studies conducted in initially healthy subjects from various populations revealed an independent association between increased concentrations of Lp-PLA2 and future cardiovascular events. Initial evidence for such an association came from the West of Scotland Coronary Prevention Study (WOSCOPS), in which the relative risk (RR) associated with one standard deviation (SD) increase in Lp-PLA2 was 1.18 (95% confidence interval (CI), 1.05-1.33; p=0.005) after controlling for traditional risk factors, and was independent of various other biomarkers, such as CRP, leukocyte count and fibrinogen. Almost identical results have been found in the MONItoring trends and determinants in CArdiovascular diseases (MONICA) and Rotterdam studies, with approximately 20% elevated coronary risk per a one SD increase in Lp-PLA2. The predictive role of Lp-PLA2 has also been assessed in the Women's Health Study (WHS), a large cohort of middle-age normocholesterolemic women. However, elevated levels of Lp-PLA2 did not predict subsequent CV events in this low-risk population for CV disease (CVD).This lack of association could be attributed to existing gender differences for Lp-PLA2 and a problem with the power in this study. Results from the Atherosclerosis Risk in Communities (ARIC) study demonstrated only a borderline association in the total case-cohort; however, in subjects with low LDL cholesterol, Lp-PLA2 significantly and independently predicted CHD, thereby suggesting that it might be a useful marker for identifying high-risk patients with relatively normal levels of LDL cholesterol, a group in whom additional markers of risk are clearly needed. Finally, the potential additive value of Lp-PLA2 to CRP in predicting CHD risk has been tested in several studies.

Taken together, these data suggest that Lp-PLA2 and CRP may be complementary (or additive) in identifying high-risk subjects and, therefore, the combination of both markers may further improve risk assessment. What is still missing is information on the potential additive prognostic information of Lp-PLA2 in the context of global risk assessment using the FRS.

The oxidative modification hypothesis of atherogenesis proposes that the most significant event in early lesion formation is lipid oxidation, placing oxLDL in a central role for the development of this disease. OxLDL has a large number of biological actions and consequences, including injuring endothelial cells, expressing adhesion molecules, recruiting leukocytes and retaining them, and the formation of foam cells. Pro-atherogenic properties of oxLDL are summarized in Table 3. Furthermore, elevated oxLDL could play a role in the transition from stable to vulnerable, unstable plaque, and this assumption is supported by recent studies showing that oxLDL stimulates matrix metalloproteinase (MMP)-1 and -9 expression in human vascular endothelial cells and in monocyte-derived macrophages. It has been also shown that oxLDL upregulates the expression of MMP-1 and -3 in human coronary artery endothelial cells, an effect mediated through its endothelial receptor, lectin-like oxidized LDL receptor (LOX)-1. Furthermore, oxLDL triggers the CD40/CD40 ligand (CD40L) signaling pathway, which also might lead to a pro-inflammatory reaction and endothelial injury.

More recently, the authors have reported results from a nested case-control study that was conducted within two population-based MONICA/KORA Augsburg surveys. The association between plasma oxLDL and risk of future CHD was investigated in 88 middle-aged men with an incident CHD event and 258 age-matched controls during a mean follow-up of 5.6 years. Baseline oxLDL concentrations were significantly higher in CHD cases compared with controls. After multivariable adjustment, plasma oxLDL was the strongest predictor of CHD events compared with a conventional lipoprotein profile and other traditional risk factors for CHD, with the hazard ratio (HR) for a future CHD event being 4.25 (95% CI, 2.09-8.63; p<0.001) if the top tertile of the oxLDL distribution was compared to the bottom tertile. Furthermore, the authors assessed whether the predictive value of oxLDL was additive to other risk factors of CHD and found that oxLDL significantly improved prediction of incident CHD in addition to the other cardiovascular risk factors.

Finally, when both oxLDL and CRP were simultaneously assessed in the same model, they still predicted future coronary events, even after multivariable adjustment including the total cholesterol (TC)/HDL cholesterol (HDL-C) ratio, one of the most powerful predictors of risk among conventional lipid variables. However, this study was the first prospective study conducted in apparently healthy men from an area with moderate absolute risk of CHD. Thus, further studies are warranted to establish the clinical relevance of oxLDL measurement in various stages of the atherosclerotic process and to identify the specific pathophysiologic mechanisms by which oxLDL exerts it deleterious effects. 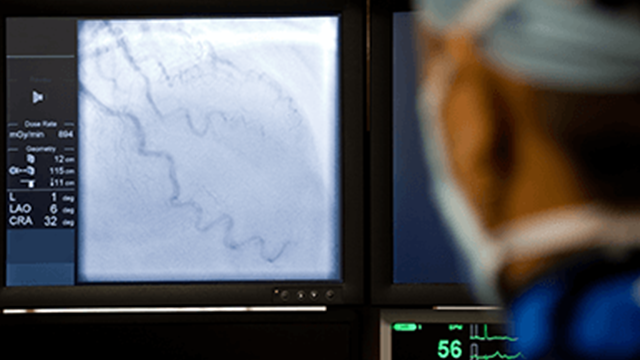