Myocardium is sensitive to hypoxia and ischemia, which can lead to extensive and irreversible tissue injury. However, short periods of ischemia, called ischemic pre-conditioning (IPC), prior to a prolonged ischemic insult, can reduce the severity of cardiac injury. IPC has been studied extensively for the past 20 years and has resulted in the publication of more than 2,000 articles, which have significantly increased our understanding of the cellular mechanisms of ischemia and reperfusion injury. IPC was initially described in 19861 by Murray et al., who demonstrated that four five-minute periods of coronary artery occlusion interspersed with five-minute periods of reperfusion before a prolonged coronary occlusion produced a reduction in myocardial infarct size in dogs. Pre-conditioning can also be induced in humans undergoing percutaneous transluminal coronary angioplasty with a coronary occlusion of two minutes' duration.2

The mechanisms by which volatile anesthetics exert protective actions on ischemic myocardium have previously been attributed to an improvement in the relationship between myocardial oxygen supply and demand. For example, our research has reported that volatile anesthetics are negative inotropes that decrease left ventricular contractility and depress sino-atrial nodal function. These actions decrease myocardial oxygen demand.11,12 Although a portion of the cardioprotective effects of volatile anesthetics following ischemia and reperfusion may be attributed to a reduction in energy requirements and the ultimate preservation of energy-dependent vital cellular processes, other studies have demonstrated that this is not necessary for cardioprotection. For example, volatile anesthetics exert cardioprotective effects even when administered during cardioplegic arrest and at reperfusion. Many components of the signaling pathway leading to cardioprotection are shared by IPC and APC. Laboratory and other studies have identified a signaling cascade, as shown in Figure 1, that involves reactive oxygen species (ROS), G-protein-coupled receptors, protein kinases, and adenosine triphosphate (ATP)-sensitive potassium channels.3,13-40

APC is as powerful as IPC in reducing infarct size, and ATP-sensitive potassium (KATP) channels have long been considered essential components of this process. There are two types of KATP channels in cardiac myocytesÔÇömitochondrial (mitoKATP) channels, which are located in the inner mitochondrial membrane, and sarcolemmal (sarcKATP) channels, which are located in the plasma membrane. After the discovery of the mitoKATP channels in the inner mitochondrial membrane and development of selective mitoKATP and sarcKATP channel inhibitors, evidence suggested that mitoKATP channels may play a more important role in cardioprotection than sarcKATP channels. Some of the recent studies that involved the use of sarcKATP-specific inhibitors and genetic models of disrupted or knocked-out sarcKATP-channel sub-units indicate that sarcKATP channels may have a role in cardioprotection and should not be ignored.41,42

Our research utilized patch clamp methodology to directly demonstrate that isoflurane can stimulate KATP channels in isolated ventricular myocytes.13,31,32,38,39,43,44 In addition, it was demonstrated that the KATP channel agonist pinacidil exerts greater effects to open the KATP channel in myocytes that were previously exposed to isoflurane. Isoflurane may diminish the sensitivity of the KATP channels to inhibition by ATP and therefore increase the probability of this channel being in the open state.44

Recent findings suggest that an opening of the mitoKATP channels is critically involved in IPC and induces reversible oxidation of the mitochondrial matrix.45-48 Opening of mitoKATP channels can dissipate the inner mitochondrial membrane potential established by the proton pump. The effects of anesthetics on mitochondrial redox state were examined by recording the fluorescence of FAD-linked enzymes. The results indicate that isoflurane and sevoflurane dose-dependently increase flavoprotein fluorescence.22,26,49,50 Additional studies are being conducted to examine human cardiac KATP channels using the artificial lipid bilayer.51

The role of A1-receptor stimulation in the enhancement of recovery of contractile function of stunned myocardium by isoflurane was also examined.52 These and other studies suggest that isoflurane either directly activates A1 receptors or indirectly enhances the sensitivity of A1-receptors to reduced amounts of endogenously released adenosine.53 This protection could be reversed by adenosine receptor antagonists, Gi protein blockers, protein kinase C (PKC) inhibitors, and KATP channel blockers. Therefore, it may be hypothesised that inhalational anesthetics could stimulate these receptors, proteins, and signal transduction pathways, including the KATP channels. As research has demonstrated that cardioprotection by anesthetics is not accompanied by augmented release of adenosine, it could be postulated that these receptors, signal transduction pathways, and KATP channels may be sensitised to protein/channel modulators.

Recent studies indicate that both the sarcKATP and the mitoKATP channels are essential for the protection of myocytes from damage by oxidative stress since their inhibition completely abolished the protective effects of pre-conditioning by isoflurane. Specifically, activation of the sarcKATP channel was required for the cardioprotective effects of APC during the stress period, but not during the pre-conditioning period. In contrast, activation of the mitoKATP channel was found to be necessary for protection during both isoflurane pre-conditioning and exposure to oxidative stress. From these results, it appears that although activation of both channels is important for the cardioprotective effects of APC, each channel performs a distinct roleÔÇöthe sarcKATP channel acts as an effector, while the mitoKATP channel plays a dual role as a trigger and an effector.

The role of the mitoKATP channel as both a trigger and an effector, and the sarcKATP channel as the effector of APC, could be explained by the following sequence of events.

Modulation of the KATP channels by pharmacological agonists and antagonists may produce additional direct cardiac effects. For example, in response to the KATP agonist-induced shortening of action potential duration, a concomitant reduction in calcium influx was associated with prevention of triggered arrhythmias.55,56 However, KATP channel agonists also appear to exacerbate re-entry arrhythmias. Glyburide prevents action-potential shortening and may suppress re-entrant arrhythmias. It may also lead to increased triggered activity.57,58 Therefore, modulation of the KATP channels with pharmacological agonists and antagonists may produce either detrimental or beneficial effects on cardiac electrophysiology.59 Nevertheless, in addition to the KATP channel modulation, volatile anesthetic actions that involve changes in the intracellular regulation of other major trans-sarcolemmal ionic channels can play a critical role in the protection against ischemia and reperfusion arrhythmogenesis.

The observation that volatile anesthetics protect ischemic myocardium is important and clinically significant for patients with CAD. Their morbidity and mortality that is secondary to peri-operative myocardial ischemia is disproportionately high. Current data indicate that APC occurs, and myocardium can be rendered resistant to ischemia and reperfusion injury for a prolonged period, after a prior, brief exposure to a volatile anesthetic. APC displays many similarities to IPC including a window of protection that has also been confirmed in patients undergoing coronary bypass graft and other surgeries. 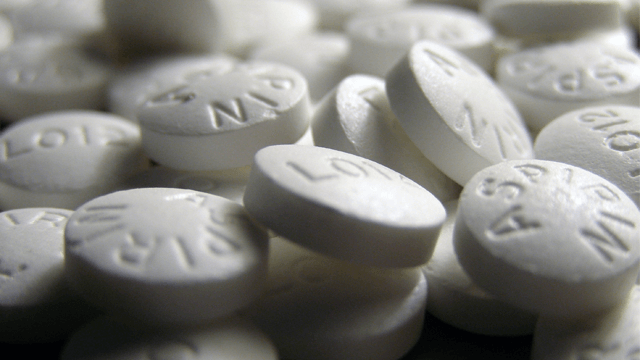