The potential benefits of formal, phase II cardiac rehabilitation and exercise training (CRET) programs have recently been reviewed in great detail.1–3 However, despite the substantial proven benefits of this therapy, which are outlined in part in this review, recent data have emphasized that many patients are not referred to formal CRET,4 and a minority of patients (14% of patients with acute myocardial infarction [MI] and 31% of those who have had bypass surgery) actually attend these programs5 due to numerous patient, provider, system, and community barriers.6 We hope that if clinicians understand the tremendous benefits of this therapy, which are at least equal to other proven therapies (aspirin, beta blockers, statins, etc.) with favorable cost–benefit ratios, this should enhance the utilization of CRET.

The numerous benefits of formal CRET programs have been reviewed in detail elsewhere and are summarized in Table 1. Perhaps the most recognized effect of CRET is an improvement in functional status or overall exercise capacity.7,8 Since studies have demonstrated that overall fitness is a major predictor of clinical prognosis and survival, the marked improvements in exercise capacity following CRET are noteworthy. Even if other risk factors are present, high levels of fitness provide substantial cardiovascular protection.8 More marked improvements in exercise capacity occur in the more unfit patients at baseline, although we have described substantial benefits even in patients with relatively high baseline fitness.7

The overall effect of CRET on plasma lipids is modest, although its effect in patients with baseline hypertriglyceridemia9 and/or low levels of high-density lipoprotein cholesterol (HDL-C) is much more striking.10 Although the overall effect on HDL-C is only a 5–10% increase, this may still be extremely important since studies typically suggest a 3% reduction in clinical risk for every 1% increase in HDL-C. The effect of CRET on obesity indices is also usually modest, although much more marked benefits are seen in obese patients who lose more weight.11–13 We also reported substantial benefits of this therapy on parameters of blood rheology, improvements in function of the autonomic nervous system (relative increases in vagal/sympathetic ratio), and reductions in homocysteine and indices of ventricular repolarization dispersion, which may be a marker of malignant ventricular dysrhythmias.8

We recently demonstrated quite dramatic reductions in inflammation, with nearly 40% reductions in levels of high-sensitivity C-reactive protein (HSCRP) following formal CRET.14 These reductions are noteworthy, since studies have demonstrated that HSCRP is related to both atherosclerosis and acute coronary heart disease (CHD) events. Importantly, we demonstrated that these improvements were independent of statin use and weight loss (with equal reductions in the majority who lost weight and the minority who gained weight during CRET; see Figure 1).14

Patients with metabolic syndrome (MS), which is associated with marked increases in CHD events and mortality, have considerably higher levels of HSCRP compared with patients without MS (see Figure 2).15 Following formal CRET, both groups have substantial improvements in HSCRP. In addition, the total number of metabolic risk factors fell from 3.3 to 2.8, resulting in a 37% reduction in the overall prevalence of meeting criteria for MS. Since studies show that overall CHD risk is highest in patients with MS as well as those with higher levels of HSCRP (especially in those with both MS and high HSCRP), the benefits of CRET, which results in reductions in both MS and HSCRP, are impressive.

“It is exercise alone that supports the spirit and keeps the mind in vigor”—Cicero.
Although greatly underemphasized, substantial evidence indicates that levels of psychological distress, including levels of depression, hostility, and anxiety, are related to the development and progression of CHD, CHD events, and recovery from these events.16 We have published several manuscripts demonstrating a high prevalence of psychological stress, evidence that psychological distress is associated with increased CHD risk factors (particularly hypertriglyceridemia, low levels of HDL-C, and hyperglycemia [components of the MS]), and that patients with high psychological distress benefit markedly from formal CRET programs.17–25

We recently studied a large cohort of 635 consecutive patients and specifically compared 104 patients <55 years of age (mean 48±6 years) and 260 patients ≥70 years (mean 75±3 years) to determine the prevalence of psychological risk factors and response to CRET.26 We demonstrated that depression was slightly more prevalent in the younger cohort (23 versus 19%; see Figure 3),26,27 and that both groups, particularly the younger patients, experienced marked improvements following CRET.

In addition, younger patients had a much higher prevalence of hostility (13 versus 5%; p<0.01) and anxiety (28 versus 14%; p<0.01), and both groups showed dramatic improvements in both psychological factors following formal CRET (see Figures 4 and 5).26,27

Most recently, we compared 522 consecutive patients who took part in CRET with 179 patients who did not participate in CRET and served as controls.28 Most importantly, patients who remained depressed following CRET had a four-fold higher mortality (22 versus 5%; p<0.001) than those who were not depressed following CRET (see Figure 6). Moreover, the control depressed group had a 30% mortality during a mean 3.5-year follow-up compared with only 8% (p<0.001) in the CRET depressed group (see Figure 7). Finally, we noted that patients who did not significantly improve their exercise capacity, as assessed by peak oxygen consumption (or peak VO2), maintained a high prevalence of depression as well as mortality risk, whereas those patients who had either a small or a large increase in exercise capacity significantly reduced both their risk for depression and its high accompanying mortality risk (see Figure 8).

Importantly, these data suggest that only a small increase in levels of physical fitness is needed to reduce depression and depression-related increased mortality. Additionally, although our study was specifically performed in a CHD cohort following major CHD events, we believe that these data can probably be extrapolated to those in the general population who are at risk for depression, supporting the potential benefits of regular exercise training and increased levels of physical fitness to reduce depression and its increased risk.

There have been no randomized controlled trials (RCTs) of CRET that have been large enough to assess major CHD morbidity and mortality, causing experts to depend on meta-analyses or large retrospective data cohorts. One of the most publicized was undertaken by O’Connor and colleagues nearly two decades ago, and studied 22 RCTs involving 4,500 patients followed for three years after CRET. The study determined reductions in total mortality, cardiovascular mortality, and fatal MI of 20, 22, and 25%, respectively.29 More recently, Witt and colleagues at the Mayo Clinic analyzed nearly 2,000 patients with incident MIs over 20 years in Olmsted county.30 Unlike the dismal participation in CRET across most of the US, 55% participated in CRET in Olmsted county, although women and elderly patients >70 years of age showed 55 and 75% less participation, respectively.

Survival over three years was 95% in participants versus 64% in non-participants after adjusting for baseline factors (p<0.001), and the benefit was greater in 1998 than in 1982, suggesting that the benefits of CRET are actually greater over time.

At the recent American College of Cardiology (ACC) meeting, several important CRET data were presented. Probably the most noteworthy data came from Suaya and colleagues, who assessed CRET among a cohort of over 600,000 Medicare participants eligible for CRET.31 Their data demonstrated a 34% reduction in mortality among CRET users over one to five years of follow-up, and the benefit was 19% greater in those who attended 25 or more CRET sessions than those who had lower attendance rates. In addition, patients with heart failure (HF) gained a much greater benefit from CRET than those without HF. 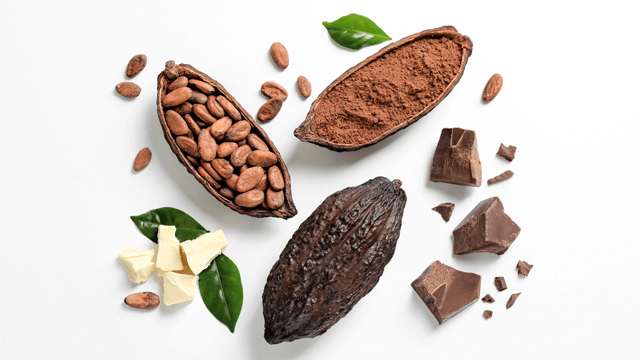