Prospective trials have demonstrated that flecainide, propafenone, quinidine, and sotalol are equally effective in preventing recurrences of atrial fibrillation (AF). A new twice-a-day formulation of propafenone has been demonstrated to have efficacy that is higher than the short-acting form of the drug. Dofetilide, although useful for terminating and preventing recurrence of persistent AF, has limited data establishing efficacy for the prevention of paroxysmal AF. Amiodarone has been demonstrated to be more efficacious than propafenone or sotalol. Trials have demonstrated that subjective adverse effects are less frequent with class IC drugs, sotalol, and dofetilide, compared with class IA antiarrhythmics. In patients who have no evidence of structural heart disease, flecainide, propafenone and d,l-sotalol are the initial drugs of choice based on safety and efficacy concerns outlined in published guidelines. In patients with coronary artery disease (CAD), sotalol, dofetilide, and amiodarone should be used front-line, given their demonstrated safety in survival trials. In patients with left ventricular dysfunction and congestive heart failure, only dofetilide and amiodarone have demonstrated safety based on large prospective survival trials.

AF is the most common cardiac tachyarrhythmia encountered in clinical practice.AF is a disease of aging with over 10% of patients over 80 years old suffering from the disorder. The presence of AF is associated with a five-fold increase in morbidity and a two-fold increase in mortality. The majority of morbidity and mortality associated with this arrhythmia are related to complications associated with cerebrovascular embolic events since AF accounts for 75,000 strokes per year in the US. Although AF can be asymptomatic, the majority of patients have symptomatic complaints including palpitations, dyspnea, chest discomfort, and lassitude. These symptoms are often significant enough to adversely affect quality-of-life scores on standardized questionnaires.

The majority of patients with AF have associated structural heart disease, with hypertensive cardiovascular disease being the most frequent cause. However, 20% to 30% of AF cases are labeled as idiopathic or 'lone' AF with no discernible cause identified even after extensive evaluation. The choice of antiarrhythmic agent is affected by the presence or absence of significant structural heart disease. Safety and efficacy are important considerations in choosing an antiarrhythmic drug for the prevention of AF recurrences. Antiarrhythmic adverse effects include drug-induced proarrhythmia, mortality, bradyarrhythmias, negative inotropy, and subjective and end-organ toxicity.

Other considerations in choosing an antiarrhythmic include dosing convenience to ensure patient compliance, safety of out-patient initiation, metabolism of the drug, avoidance of drug-drug and drug-device interactions, and cost. This article gives an overview of the efficacy, safety, and role of various antiarrhythmic drugs in the prevention of AF recurrences.

Rate control drugs have little efficacy in suppressing recurrences of AF. One study demonstrated mild suppression of symptomatic paroxysmal AF by digoxin, although the magnitude of this effect is not clinically relevant. A recent study demonstrated that long-acting metoprolol was superior (p=0.005) to placebo in preventing recurrences post-conversion of persistent AF. In the metoprolol-treated group, relapses occurred in 48.7% compared with 59.9% in placebo patients. When AF recurred, the ventricular response was statistically lower in the metoprolol-treated group. One study suggests that atenolol was equally effective to d,l-sotalol in suppressing paroxysms of AF. However, at low doses, beta-blocker activity predominates with d,l-sotalol. Thus, the use of lower doses under-represents d,l-sotalol's true efficacy. D,l-sotalol has been shown to have suppressive activity in placebo-controlled trials but only if doses of 120mg twice daily or higher are used. At higher doses, d,l-sotalol's IKr activity is noted. Although verapamil and diltiazem do not prevent paroxysms of AF, they remain useful adjuncts as rate-control agents. In addition, verapamil has been shown to decrease recurrences of AF post-cardioversion by attenuating electrical remodeling changes that appear to be calcium-dependent. Recently, multiple rate control versus maintenance of sinus rhythm trials demonstrated that rate control and therapeutic anticoagulation, in patients at high-risk for a thromboembolic event, is a reasonable alternative to the use of antiarrhythmics to maintain sinus rhythm. Adequate rate control often eliminates tachyarrhythmic symptoms but does not prevent atrial electrical or anatomic remodeling. Patients with severe tacharrhythmic symptoms, patients with severe left ventricular dysfunction and young patients with idiopathic AF were not randomized in these trials. Thus, there remains a large group of patients in whom antiarrhythmic drug suppression of their arrhythmia may still be preferred.

Suppression of AF can be achieved with antiarrhythmic drugs that have favorable electrophysiologic effects in the atria. Such drugs include quinidine, procainamide, disopyramide, moricizine, flecainide, propafenone, sotalol, amiodarone, and dofetilide. A meta-analysis of 91 randomized controlled trials demonstrated that antiarrhythmic agents maintained sinus rhythm in 55% of patients compared with 32% in placebo-treated patients. For the suppression of recurrent paroxysmal AF, comparative trials have demonstrated that class IC drugs and sotalol are equally effective and better tolerated than IA drugs. Although these drugs have efficacy rates of about 50% (see Figure 1), up to 70% of patients have remained on class IC drugs after a year of treatment if rare recurrences, and minimal side-effects that do not require drug discontinuation are included in the analyses. More recently, a twice-a-day formulation of propafenone was released. In the Rhtyhmol Atrial Fibrillation Trial (RAFT) and European Rythmol/Rythmonorm Atrial Fibrillation Trial (ERAFT) trial, propafenone-SR demonstrated statistical dose-related efficacy that was at least as effective as the immediate release form of the drug. In RAFT, propafenone-SR significantly lengthened the time to the first symptomatic atrial arrhythmic recurrences at all three doses tested compared with placebo.There was a notable dose-response curve. The findings from ERAFT were consistent with RAFT although the 225mg twice-daily dose was not tested. Plasma levels of propafenone were more likely to maintain therapeutic levels with the sustained formulation of the drug. The sustained release formulation is available in 225, 325, and 425mg tablets and used twice a day instead of three times a day for the immediate release formulation of the drug. The 325mg twice-a-day dose of the sustained-release propafenone appears to be close to the 150mg three-times-a-day dose of the immediate release formulation.

Although dofetilide, an IKr blocker, has demonstrated efficacy in converting AF, maintaining sinus rhythm post-conversion of persistent AF, and preventing the development of AF in patients with left ventricular dysfunction, prospective trials have not demonstrated efficacy rates high enough to attain US Food and Drug Administration (FDA) approval in the suppression for paroxysmal AF. However, clinical experience to date suggests efficacy rates similar to other class III, IA, and IC drugs.

Several trials have demonstrated that amiodarone is more effective than other antiarrhythmic agents for maintaining sinus rhythm (see Figure 1). Kochiadakis et al. demonstrated 60% recurrence rates in patients treated with sotalol versus only 29% in patients on amiodarone (p=0.008). The Canadian Trial of Atrial Fibrillation (CTAF) shows that patients treated with amiodarone had a lower recurrence rate (35%) versus sotalol or propafenone (63%) (p<. 001).

PropafenoneÔÇÖs efficacy may have been under-represented given that only 450mg a day total dosage was used. Side-effects requiring drug withdrawal were higher (p=. 06) in the amiodarone-treated group. In addition, asymptomatic recurrence rates in the amiodarone group may have been higher given its propensity for rate control rather than the propafenone-treated patients.Although the toxicity of amiodarone is dose-related, even at low doses, amiodarone statistically causes an increased frequency of subjective and end-organ toxic effects.

In choosing an antiarrhythmic drug, one should avoid proarrhythmic and end organ toxicity and minimize subjective adverse effects. Class IC agents may precipitate a ventricular proarrhythmia in patients with left ventricular dysfunction or with co-existing ventricular arrhythmias. In patients with idiopathic AF and no evidence of structural heart disease, IC-induced ventricular proarrhythmia is uncommon. In this latter, low-risk patient group, we usually initiate flecainide and propafenone therapy as an out-patient. In general, all drugs that prolong action-potential duration and thus the QT interval, except amiodarone, can cause torsade de pointes and should be initiated under in-hospital telemetry conditions.

Since a ventricular proarrhythmia is more likely to occur in patients with structural heart disease, antiarrhythmic agent choice is altered by the presence or absence of structural heart disease, as has been demonstrated in multiple mortality trials. In idiopathic AF, flecainide and propafenone are first drugs of choice given their safety record, lack of end-organ toxicity, low incidence of subjective toxicity, and low ventricular proarrhythmic risk in this patient population (see Figure 2). Sotalol is also a reasonable front-line choice in such patients given its absence of end-organ toxicity and dose-related risk of torsade de pointes. Based on Council for Agricultural Science and Technology (CAST), flecainide and probably other class I agents should be avoided in the post-myocardial infarction (MI) population. If antiarrhythmic therapy beyond beta-blockers is deemed necessary in post-MI patients, d,l-sotalol, amiodarone, and dofetilide should be considered based on their safety record, demonstrated in several post-MI placebo-controlled trials. In CHF patients, dofetilide in the Danish Investigations of Arrhythmia and Mortality ON Dofetilide (DIAMOND)-congestive heart failure (CHF) and amiodarone in CHF-Survival Trial of Antiarrhythmic Therapy (STAT) and Grupo de Estudio de la Sobrevida en la Insuficiencia Cardiaca en Argentina (GESICA) have demonstrated no adverse effects on survival in placebo-controlled trials. Because of this, the American College of Cardiology (ACC), American Heart Association (AHA), European Society of Cardiology (ESC), guidelines recommend their use in patients with AF and congestive heart failure (see Figure 2). Avoidance of significant drug-drug interactions is important. Significant drug-drug interactions are most common with amiodarone and dofetilide. Finally, the risk of antiarrhythmic-induced subjective and end-organ toxicity must be considered before initiating therapy for AF. Lethal examples of drug-induced end-organ toxicity include procainamide-induced neutropenia, quinidine-induced thrombocytopenia, and amiodarone-induced pulmonary fibrosis. Antiarrhythmic-induced end-organ toxicity requires the added vigilance and cost for monitoring therapy. End-organ toxicity with propafenone, flecainide, sotalol, and dofetilide is extremely rare. 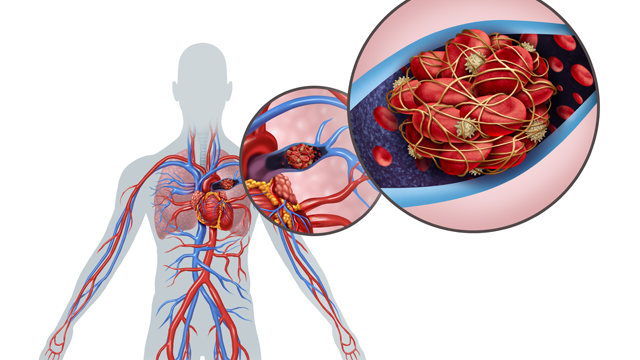 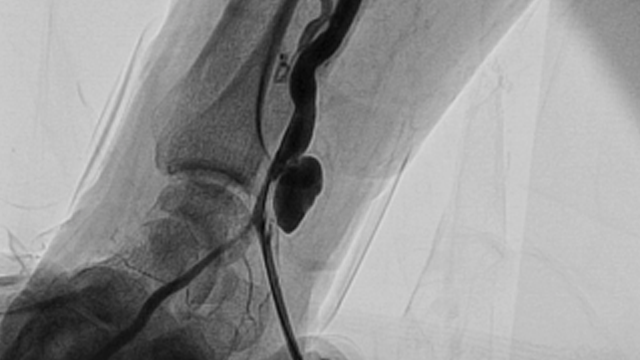