Discussion Points:
Importance of the Trial
Study Design
Key Findings
Implications for Clinical Practice
Who Would Benefit from FFR-guided PCI
Next Steps

My name is Bill Fearon. I'm a professor of medicine and the director of Interventional Cardiology at Stanford University. And we'll be discussing the FAME 3 trial, which is a comparison of fractional flow reserve guided PCI with coronary bypass graft surgery.

Importance of the Trial

FAME 3, the background behind it is that previous studies like FREEDOM or the SYNTAX trial in particular used first-generation drug-eluting stents. And we now have extensive data demonstrating that second-generation or current generation drug-eluting stents lead to lower rates of target lesion and target vessel failure at one year.
So that's one key difference. The other key differences, those previous studies didn't use fractional flow reserve to guide percutaneous coronary intervention or PCI. And we also have a number of studies that have shown the benefit of FFR-guided PCI. For example, the FAME 1 trial, which was a study looking at patients with multi-vessel disease and randomising them between FFR-guided PCI and angiography guided PCI, which was the standard of care at the time, showed significant reduction in major adverse cardiac events using FFR to guide the PCI.
So the key or the hypothesis I should say of FAME 3, was to test whether in patients with three vessel coronary disease, does FFR-guided PCI using current generation drug-eluting stents, is it equivalent or non-inferior to coronary artery bypass graft surgery?

So the design of FAME 3 was that it was an investigator initiated trial. Stanford University was the sponsor. It was funded by Medtronic and Abbott through research grants. And it was a multicenter international randomised control study, including 48 sites from North America, Europe, Asia and Australia.
And to be included in FAME 3, a patient had to have a three vessel coronary disease in each of the major epicardial arteries that was at least 50% narrowed based on the angiogram and visual interpretation. And it could not involve the left main coronary and the heart team at each site had to feel that both PCI and cabbage or bypass surgery were reasonable alternatives to revascularize the patient.
There weren't too many exclusion criteria, but some of the major exclusion was a recent STEMI. So within five days an ST Elevation Myocardial Infarction, low ejection fraction, EF, below 30% and cardiogenic shock.
So we enrolled 1500 patients, approximately 750 were randomised to both arms. Some of the key procedural, well, I guess baseline findings were that the average age was around 65. The study included mostly men, about 30% of patients were diabetic and 40% were presenting with an acute coronary syndrome.
The time to procedure in the FFR-guided patients was shorter, shorter than a PCI. The length of the procedure was shorter and the hospital stay was also shorter. As far as other procedural characteristics, FFR was measured in about 82% of patients with about 25% of them having an abnormal FFR. In the bypass surgery group, 97% of patients received an internal, left internal mammary artery graft, and about 25% received multiple arterial graphs, about a quarter underwent off-pump surgery.
And a similar number of lesions were identified in both arms, you know, about three and a half lesions or so, I'm sorry, about four lesions were identified in both groups.

So the major finding, the primary endpoint of the study was a composite of death, myocardial infarction, stroke, or repeat revascularization at one year. And the study was designed as a non-inferiority trial with the hazard ratio of 1.65 being the non-inferiority margin.
And what we found was that the primary endpoint occurred in 10.6% of the patients randomised to FFR-guided PCI and 6.9% randomised to bypass surgery So the hazard ratio was 1.5 with 95% confidence intervals extending from 1.1 to 2.2, meaning that it did not meet the preset criterion for non-inferiority. The p-value was 0.35. That was the major finding.
There were a number of secondary end points that we looked at. For example, we looked at each component of the primary end point like death, myocardial infarction, stroke, and repeat revascularization. And there were no significant differences between the two groups for any of those individual endpoints and the combination of death, stroke and myocardial infarction, was also not significantly different between the two strategies.
Finally, we looked at some safety endpoints and the severe bleeding or acute kidney injury or significant arrhythmia, all occurred more significantly in the bypass group compared to the PCI arm. And the rate of rehospitalization within 30 days was also significantly higher in the bypass arm compared to the PCI arm. Yes.

So there was another important subgroup analysis that we performed that was pre-specified. We looked at the implication of the SYNTAX score, you know, an angiography derived scoring system for determining the complexity of the coronary disease. And prior studies like the syntax trial had shown that low syntax score patients tend to respond better to PCI than high SYNTAX score.
And we found that in FAME 3, we found that patients with a low SYNTAX score, actually the rate of major adverse cardiac and cerebrovascular events in the FFR-guided PCI arm was numerically lower than it was in the bypass surgery arm. Whereas in the intermediate and high risk scores, the reverse was true, bypass outperformed PCI.
So I think that is one important implication of the study. Another important finding was that both groups of patients in FAME 3, both the FFR-guided PCI and the bypass group did markedly better than historic controls. So the SYNTAX trial was set up in a very similar fashion to FAME 3 with the same endpoint one year major adverse cardiac and cerebrovascular events. And what we found was that the patients enrolled in FAME 3 were very similar in characteristics to those in SYNTAX, but interestingly in SYNTAX, in the PCI arm, the MACE rate was almost 18% at one year.
And in the bypass arm, it was just over 12%. And when you compare that to FAME 3, we see that the FFR-guided PCI arm had a rate of 10.6%. So it was well below the PCI arm and SYNTAX, and it was actually numerically lower with a 15% relative risk reduction compared to the bypass arm and syntax.
So the good news is that our treatment of patients with multi-vessel disease has improved dramatically in both patients receiving stenting or bypass surgery.

Who Would Benefit from FFR-guided PCI

So I think this study, FAME 3, provides us with important information that can inform both physicians as well as patients about the pros and cons of FFR-guided PCI versus bypass surgery and allow a shared decision. I think the study showed that in patients with less complex disease, according to the SYNTAX score, FFR-guided PCI is a very reasonable option. In more complex disease, bypass surgery remains the treatment of choice.

Yeah, so I think, you know, one of the limitations of FAME 3 is that we are reporting short term follow up just one year and it will be critical to follow these patients longer. And we will have a report at three years, as well as five years looking at events in the two groups. And I think that'll further inform us about the pros and cons of each approach in these patients. 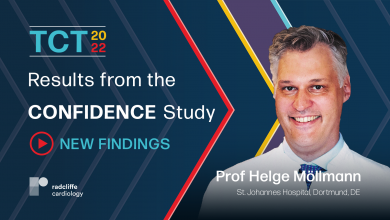 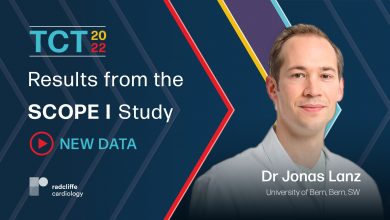 TCT 22: SCOPE I: 3Y Comparison of ACURATE Neo and SAPIEN 3 in Pts with AS 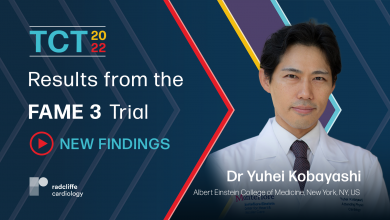 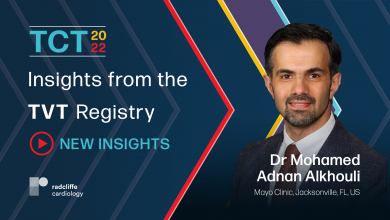 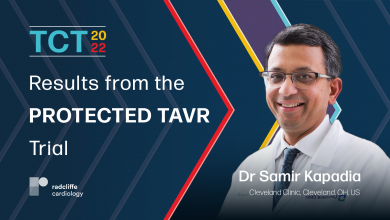