In this interview, Dr Adam DeVore (Duke University School of Medicine, Durham, NC) discusses the key findings of the CONNECT-HF randomized clinical trial, which aimed to evaluate the gap between clinical trials and practice in the management of heart failure with reduced ejection fraction.

What is the CONNECT-HF Trial, and what does it aim to address?

So, the problem we were trying to address is that really around the globe but specifically in the United States, there's a huge gap between what we know we can accomplish in clinical trials and what actually happens in practice in terms of management of heart failure with reduced ejection fraction. And some of the best data for that comes out of the CHAMP‐HF registry where we see a lot of patients who might qualify for life-saving drugs medications for heart failure are not receiving them for a variety of reasons. And so we set up a cluster, randomized, pragmatic, clinical trial to try to find best evidence for fixing this problem and we specifically randomised hospitals in the United States to either a new quality improvement intervention or usual care.

What is the design, patient population and endpoints?

So we know that two things are true: One is that one high-risk population among patients with heart failure are those that have recently had a decompensation and required hospitalisation for management of their heart failure. So, the patients were those who were being discharged from the hospital after an exacerbation of heart failure, those with acute heart failure and the design was that we randomised hospitals on a one-to-one level and the idea was that the intervention would be deployed among all the patients at the hospital, those leaving with heart failure. But the effect of the intervention would only be in those patients that we actually consented for follow-up among those leaving the hospital. The second thing that we know about management of heart failure in the US, is that there are a lot of quality improvement programmes already in place, many of them very effective but most of them are based within the hospital, not the clinic. And so our idea was to try to not only treat really high risk patients but also to try to utilise those quality improvement programmes that are already in place and just make them better with the interventions. So, that's the reason why we really targeted patients who were recently hospitalised and hospital-based quality improvement programmes.

What are the main findings of this study to date?

The findings are really important. So, unfortunately it did not look like the intervention had any effect. The trial had two primary endpoints. The first was a clinical endpoint of time to first heart failure re-hospitalization or all cause death and there was no difference there between the hospitals that were randomised to the intervention or those randomised to usual care. The second primary endpoint was a new quality score. It was a composite of a bunch of different quality elements where the numerator was the number of times somebody could receive recommended care and the denominator was the number of opportunities to receive that care. So for example, receiving an evidence-based beta blocker for patients with a low ejection fraction. And we made a composite of that and that also did not change over time, over a year of follow-up. So it was about 42% in the usual care arm and similar in the intervention, that changed by up by 2% in the intervention went down by 1% in the usual care. So a very small difference, not at all what we were hoping to see and not statistically significant.

What conclusions can be made and what are the implications on practice?

I think initially we were pretty disappointed to learn that this intervention is not going to fix this problem I outlined, of trying to improve the care of patients with heart failure but I think two things are true. One, I think this reinforces how important it is to actually do a well-designed study to test some of these interventions that we think might work. I think if you would've asked me a few years ago, was this intervention going to have a big effect? I would say absolutely. And so doing this in a randomised trial with a usual care arm is really important as opposed to what we're used to, which is a lot of smaller single centre studies where we just look at changes over time. So, this really reinforces the idea of really high quality implementation science. The second thing is that this didn't work. And so this is not going to fix this problem and so trying to double-down our efforts on the programmes that already exist and feeding information back to hospitals is not, at least in the US, is not going to fix the long-term problem for these patients where we're trying to get them on good medicines for the next year. Doesn't mean we can't do high quality care in the hospital and try to get patients on good care in the hospital before they go home but if we're thinking about the heart failure journey, the whole spectrum of care for these patients, hospital's probably not the best place to fix that. So, I think we need to think about other solutions and we're already thinking about things we can do in the clinic or things that we can engage patients directly through new technology like applications, mobile apps or different wearables. I think that's what's next.

What are the take-home messages from this study?

Yeah, I'd say the two take home are: number one, really reinforcing this idea of trying to study these concepts in a rigorous fashion. Number two: is I think it's probably a good reminder for us all to go back. I've done this here at Duke. Try to go back to our home institutions and really take a look at what we're doing in terms of trying to improve this gap of recommended care to what patients are actually receiving and see, is the hospital-based programmes that we're already doing, are they as effective as we think they are?

What are the next steps?

I think, like I said, I don't think this intervention worked and so it's time to move on to the next one. And for me at least, I'm really excited about a couple of different concepts. One is based off of Larry Allen's work at Colorado where he talked about trying to engage patients before their clinic visits and really try to prime that visit with information about ways that they might be able to improve their care, to improve the clinician and patient interaction. I really liked that idea and I think there are a lot of ways we could do that in multiple settings not just right before a traditional clinic visit. Maybe using technology, using information to engage patients in a lot of settings and see if we can make more of a partnership between clinicians and patients outside of just a clinic visit, outside of just the hospital. And the second thing is, I think that there's a lot of opportunities here to try to engage patients and their families who help manage heart failure through a lot of new technologies, whether it be wearables or other things where we can try to use information and provide reminders and different prompts that they might have blood pressure that could be better managed in terms of their heart failure. They might be on suboptimal doses of medications, maybe their heart rate's too fast and they can be better managed. So I think there are a lot of ways to try to tap into that. That information that's already around us. Now I really appreciate you covering this and CONNECT-HF has been a really large project that involved a lot of people. And so they would thank you as well, including the steering committee, we had a patient panel that helped design the study called the Cardiacs, which was fantastic and all the sites and the patients and families that participated. So, thanks for covering this. We really appreciate it. And then a big thank you to all those people who worked on the project. 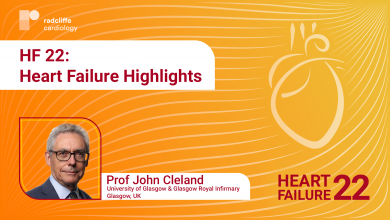 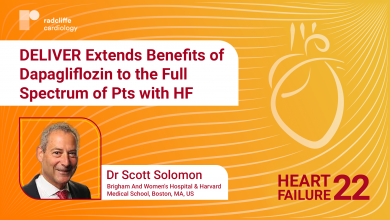 HF 22: DELIVER Extends Benefits of Dapagliflozin to the Full Spectrum of Pts with HF 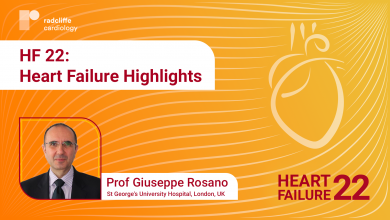 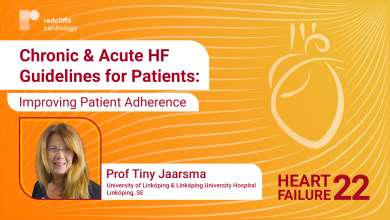 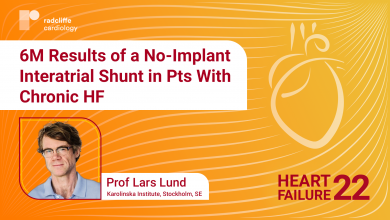 HF 22: 6M Results of a No-Implant Interatrial Shunt in Pts With Chronic HF