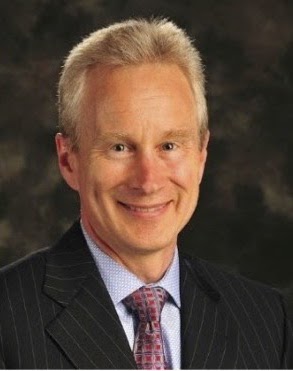 Dr. Peter A. McCullough was born in Buffalo, New York, on the 29th of December 1962. During high school, he and his family moved to Wichita Falls in Texas and later settled in Grapevine. He has lived and worked in various parts of the United States, including Washington and Michigan, and he now resides in Dallas, Texas.

Upon completing his residency in 1991, Dr. McCullough transferred to Grayling, Michigan, where he served for 2 years as an internal medicine attending at Mercy Hospital. Following his time at Mercy Hospital, he enrolled at the University of Michigan School of Public Health and studied a Masters degree in Public Health.

After he graduated from the University of Michigan School of Public Health in 1994, he became a fellow in cardiovascular diseases at the Beaumont Hospital in Royal Oak, Michigan.

Dr. McCullough joined the Henry Ford Heart and Vascular Institute in Detroit following his fellowship at the Beaumont Hospital, where he remained until 2000. He then moved to Kansas City, Missouri, to serve as Section Chief of Cardiology of the University of Missouri-Kansas City School of Medicine, Truman Medical Centers.

After his time in Missouri, Dr. McCullough returned to Michigan to serve as a Consultant Cardiologist at the Beaumont Hospital, and also as Chief, Division of Nutrition and Preventive Medicine Division of Cardiology. In 2010, following his stint at Beaumont Hospital, he was appointed as the Chief Academic and Scientific officer of the St. John Providence Health System, also in Detroit. In 2014, Dr. McCullough joined Baylor University Medical Center as Vice Chief of Internal Medicine. He was also appointed Chief of Cardiovascular Research of the Baylor Heart and Vascular Institute, and Program Director of the Cardiovascular Disease Fellowship Program.²

Dr. McCullough is recognized internationally as a leading figure in the study of chronic kidney disease as a cardiovascular risk state, having over 1,000 publications to his name and over 500 citations in the National Library of Medicine.³ He is also a founder of the Cardio Renal Society of America, which is a group that dedicates itself to bringing cardiologists and nephrologists together to work on the increasing global issue of cardiorenal syndromes. He is the Co-Editor of Reviews in Cardiovascular Medicine and is also currently serving as the Chair of the National Kidney Foundation's Kidney Early Evaluation Program (KEEP), the largest community screening effort for chronic diseases in America.⁴

Dr. McCullough received the International Vicenza Award for Critical Care Nephrology for his outstanding work and contribution in the area of cardiorenal syndromes. He has also been a recipient of the Simon Dack Award from the American College of Cardiology, and his works have appeared in the New England Journal of Medicine, Journal of the American Medical Association, and other prestigious journals worldwide. He has been an invited lecturer at the New York Academy of Sciences, the National Institutes of Health, the U.S. Food and Drug Administration (FDA), the European Medicines Agency, and the U.S. Congressional Oversight Panel.⁵

Articles by Peter A McCullough, Consultant Cardiologist and Chief of the Division of Nutrition and Preventive Medicine